Aussie Tour team on top of the world

IN ANY edition of the world’s hardest bike race, the Tour de France, there are highs and lows – and Australian team Mitchelton-Scott are experiencing both, says Sportshounds’ on-the-spot correspondent JOHN TREVORROW:

A DAY can be a long time at Le Tour. Twenty-four hours after his twin brother Adam’s general classification ambitions were put to the sword on the forbidding Tourmalet climb, Adam Yates won his second stage and the third for Mitchelton-Scott.

The British rider, who won last year’s Spanish Vuelta, outlasted the breakaway riders to take a solo victory in stage 15, another hard summit finish in the Pyrenees.

That made  it three  stage wins in a week for Mitchelton-SCOTT following South African Daryl Impey’s win on stage nine.

He watched from the team car right behind his rider, while watched on the TV in the team bus at the bottom of the final climb. When I called him as the riders crossed the line and asked where he was, he said: “I’m on top of the mountain – and on top of the world!”

“It just shows how quick things can change,” he added. “Yesterday was a rough day and Adam had a bad day so we have lost our chance for the podium. But we have bounced back in spectacular fashion and we are not done yet.”

The final day in the Pyrenees began at a rapid pace with many riders attacking to try to make it into the day’s breakaway. Simon Yates was alert, making a couple of attacks himself in an attempt to make it into a move. Finally, on the first of four categorised climbs, Yates was able get away in a large group that snapped the elastic to the peloton and opened up a solid lead.

Eight more riders bridged across after the climb to make it a sizeable group of 36 riders and they rode out to a maximum advantage of over five-minutes, but with the peloton chasing hard all day, as some of the breakaway rider sat inside the top 20 on the GC.

As the breakaway group headed over the next climbs, riders began to drop off the pace with Simon Yates always on the front foot, staying at the head of the race throughout the various splits.

On the penultimate climb of the day, the Mur de Péguère, Simon Geschke (CCC) attacked and led solo as the breakaway group continued fragmented behind. The CCC rider was joined by Yates as the descent started and pair increase their advantage, reaching the bottom with a one-minute lead over four chasers.

Behind, action came from the general classification hopefuls which saw Adam Yates lose contact from the GC group as the pace picked up on the steepest section of the climb. Mikel Landa (Movistar Team) launched an attack which ignited the fierce battle for the GC positions.

Reaching the base of the final climb still holding onto a one-minute forty second lead over the chasers, Simon Yates took his chances again and with 8.5kilometres to go on the steepest section of the climb he launched another attack and dropped Geschke.Powering ahead, the Briton maintained his lead hovering around one-minute in front of Landa for most of the climb, finally reaching the line 33seconds ahead of a late attacker, second place Thibaut Pinot (Groupama FDJ) to take another incredible stage victory.

“It was on from start to finish. The GC guys were coming fast, I know personally how fast they can go, so I wanted to maintain the advantage to the bottom of the final climb. Simon Geschke was a great companion on the descent, so thank you to him, but I knew I had to go early on the final climb,” Yates said..

“I came here with the first objective to help my brother, the second to try to get a stage win. Now I have two so I’m very proud. This one was really hard, the first wasn’t easy, but this one, with the parcours was extremely difficult.

“I’m very tired now but there are three very hard stages in the final week so we will try again.”

Head Sport Director Matt White said:“The secret is turning adversity around quickly, refocussing and changing targets if need be. We’ve done it before in this organisation and we have done it again today.

“It was an incredible ride from Simon, at the end of the day it is Simon’s win but all the boys have played a part in this victory today as they did on the other two wins. It is a very special day, our third stage win at the Tour de France and we won’t forget this one.

“The quality in the breakaway was very high, with winners, podium finishers of Grand Tours in that breakaway and so the biggest concern was what the gap was going to be at the bottom of the final climb. When it turned into Mikel Landa vs Simon Yates with a one-minute fifteen second head start, we were pretty confident he’d be able to hang on there.“Pinot was coming very fast but Simon rode a very calculated final climb, he had time checks all the time and he was going just as hard as he had to to win the bike race.”

JOHN TREVORROW is a multiple Australian champion road racer and Olympian who has been doing media commentary at the Tour de France for more than 20 ye... END_OF_DOCUMENT_TOKEN_TO_BE_REPLACED

ShareTweetShare on Google+Pin on PinterestSend with WhatsApp
45 recommended

JOHN TREVORROW is a multiple Australian champion road racer and Olympian who has been doing media commentary at the Tour de France for more than 20 ye... END_OF_DOCUMENT_TOKEN_TO_BE_REPLACED 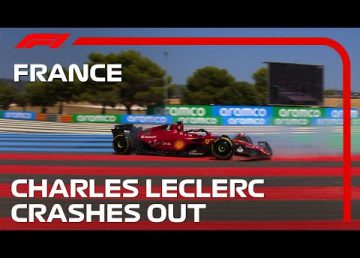 The stress and strain of the F1 driver’s life. Peter Coster puts an ear to the rumours that swirl around the world’s most expensive sport. END_OF_DOCUMENT_TOKEN_TO_BE_REPLACED