JAMES Pattinson could be the wildcard in the upcoming Ashes clashes, according to Aussie captain Tim Paine. KEN PIESSE has this exclusive interview:

TIM Paine says he’s blessed to have two champions, Steve Smith and David Warner, returning to the Australian XI for the Ashes summer.

“It’s a captain’s dream to have two guys of that quality come back into your side,” he said.  “And obviously their experience in English conditions and against the team we’re playing against is only going to benefit me and the rest of the guys.”

On the eve of next week’s all-Australian Test trial in Southampton, Paine says the excitement and sense of expectation among everyone in the Australian camp is building.

And starting the five-Test series at Edgbaston, a cricketing citadel for England, only adds to the challenge.

“The hostility of their crowds and at times their media is just another challenge that we have to meet,” he said.

“It actually helps us if we can take that Us versus The World mentality into the Tests. It’s something you can really enjoy and embrace. That’s something I’m trying to spread through our group at the moment. That it’s all part of the challenge, all part of the fun.  And when we do win, it’s going to add to the great memories that we’re going to all have over the next few months.’

In addition to the fast bowling threat of Mitchell Starc and Pat Cummins, Paine is hoping 2013 tourist, the injury-prone James Pattinson, can have a successful Test trial and make the final Ashes squad.

“I’m not a religious man but I’ve said a few prayers going to bed at night that James stays fit,” he said, “because he’s someone that England has seen in the past few years in county cricket. They have seen how good he can be. He’s a little bit in their heads and they fear him. Along with Cummins and Starc, Josh Hazelwood and whoever else is in the squad when it’s picked, it’s a really formidable pace attack.

“It’s a pace attack which is a little bit more flexible and I think that’s what we’re going to need to win an Ashes series in England.”

Pattinson, 29, has been playing at county level in the UK before joining the Australian A   team currently playing some first-class games in the lead up to the Ashes.

From side strains to ankle and back stress fractures, Pattinson’s days in rehabilitation far outnumber the times he has played rep cricket in the past five or six years. But in three late-season Sheffield Shield matches for Victoria in 2018-19 he mowed through opposing top-orders like they were hesitant schoolboys.  His 17 wickets at almost six a game included three for 30 and four for 41 in the final against NSW at the Junction Oval.

Paine concedes the batsmen must do better. The easy wins and big scores against Sri Lanka in late summer tended to flatter after the trials and tribulations of opposing the world champions India in the feature Tests of 2018-19.

“We are going to be tested a lot more than we were against Sri Lanka.  But it was a pleasing sign in that Test match, we had Joe Burns, Travis Head and Usman Khawaja score hundreds. But the difference of quality of attack and the conditions we are going to face in England are going to be really challenging for our group.  It’s another reason why we have David Warner and Steve Smith and hopefully Ricky Ponting, too, to give advice. Learning from them all critical.’”

After the highs of England’s historic World Cup victory, Paine realises England will consider whichever Australian XI is fielded to be underdogs.

“Beefy Botham has been busy. He must be bored or looking for a couple of extra speaking events. He reckons we will be whitewashed, which again is great.  I heard him talking about the Barmy Army and the hard time they’re going to be giving us.  Again, it’s all going to be part of the experience for us.

“I can’t remember the last time the Barmy Army won an Ashes series.  The last time I checked it came down to the 11 guys on the field.  As I said, we’re really looking forward to the banter from the media, from their past players and the Barmy Army.  It’s going to make it (winning) a little more special.

Paine said he hopes his great mate Ponting will be available between commentary stints to again assist the Australians, as he did during the World Cup.

“He’s always generous with his time with our group.  It’s always great to have him around. He and Justin work so well together.

“The guys walk a bit taller and feel a bit more confident when those two guys are around, they build that self‑belief.  I think coming from such a successful Australian team, it’s great to feed off their confidence.”

* Ken Piesse’s latest book, BOB’S BOYS, the story of how Victoria won the 1969-70 Sheffield Shield under the captaincy of the iconic Bob Cowper, will be published in October. It is available from cricketbooks.com.au

KEN PIESSE has covered cricket and football for more than 30 years in Melbourne. He has written, edited and published more than 70 sports books. Signe... END_OF_DOCUMENT_TOKEN_TO_BE_REPLACED

ShareTweetShare on Google+Pin on PinterestSend with WhatsApp
13 recommended

KEN PIESSE has covered cricket and football for more than 30 years in Melbourne. He has written, edited and published more than 70 sports books. Signe... END_OF_DOCUMENT_TOKEN_TO_BE_REPLACED 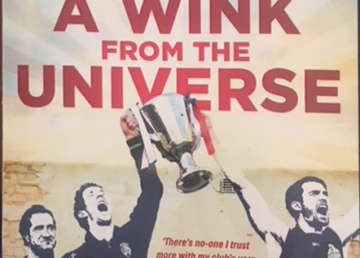 FROM INSIDE the kennel, the definitive story of possibly the most uplifting AFL premiership ever– and its euphoric aftermath – has finally been told, writes RON REED. END_OF_DOCUMENT_TOKEN_TO_BE_REPLACED 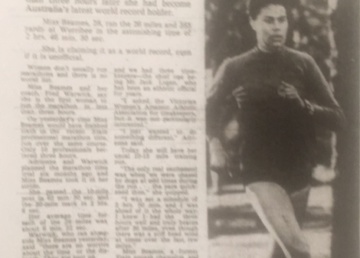 HAVING A sports superstar for a father can be a mixed blessing for an ambitious young athlete, writes RON REED END_OF_DOCUMENT_TOKEN_TO_BE_REPLACED