Published 2 years ago - Sportshounds - 2y ago

IN JULY the Geelong Football Club celebrated the 160th anniversary of its formation. This month the Geelong Gallery  joined the wider community celebration of this great milestone with an exhibition of rare, treasured objects and images from the collection of Club Vice-President Bob Gartland. JASON SMITH, Director and CEO of the Geelong Gallery, reports:

BOB Gartland is a passionate historian and for the past 50 years has collected thousands of items, many of national importance, that tell the stories of the Geelong Football Club, and of the lives and careers of its players and supporters.

The exhibition tells a history of the club through a collection of photography, graphic design, and the design history of the players’ uniforms across a century.

Bob has released from his collection for the first time precious 19th and early 20th century original photographs, film and sound recordings, and players’ garments.  These treasures represent a rich timeline of the club in an exhibition that is a truly immersive experience of the mighty blue and white from 1859 to now. They include, among other rarities, the original letter to Mrs Charles Brownlow proposing an award in her late husband’s name.

The exhibition not only follows key figures in the Club’s history from Charles Brownlow to Graham “Polly” Farmer to Joel Selwood, it also celebrates the Club’s evolution including its uniform design, the “Cats” nickname and the successes and stories of the playing group over 160 years.

The collection also explores the impact of social change and upheaval including war, the transformation of the city and stadium developments, and Geelong Football Club’s contribution to community life and wellbeing. Importantly, the collection also provides an exceptional opportunity to trace the development of sports photography and sports journalism from the 19th century to the present.

Bob Gartland’s  knowledge of the Club and the people who have shaped it seems limitless. Bob has a strong commitment to ensuring that the wider social histories around the Club – an array of stories and events he effortlessly recalls and details in conversation – are made accessible to the widest possible audience, and it is the powerful connection between the historical and the social that has shaped the exhibition of about 900 individual items selected from Bob’s vast collection.

Our aim in this exhibition is to bring to life through images and objects the long history and contemporary relevance of a club that engenders extraordinary civic pride. We hope the exhibition will attract considerable attention from the Geelong region and further afield.

Bob Gartland says:  “It has been my vision for many years to take my collection beyond the Football Club and into the community. I was delighted when Geelong Gallery committed to the exhibition and hope that it brings many people joy in retracing this mighty Club’s visual and social history.’

One of the ways in which the stories of the Club can be traced across time is via an enormous 18- metre muralproduced in 2018 over a period of five months by Bob and Gus Beeforth for the football club. The first version of it is currently displayed in the football area of the Club. The mural is a collage of more than 700 images of people and objects, all of which have been carefully selected from more than 115,000 catalogued images of items held in Bob’s extensive collection. This captivating and visually rich timeline depicts the history of the Club, commencing with the present day, and viewers will walk along its length and back in time to the creation of the Geelong Football Club on July 18, 1859 at the Victoria Hotel in Geelong.

The dateline is signalled throughout the piece with dated photographs, membership tickets, documents, medals and badges, and many of the actual objects are included in the exhibition.

The fundamental contribution of Indigenous Australians to the history of the Club is represented in contrasting ways.Albert “Pompey” Austin is considered to be the first Indigenous man to play Australian Rules football at the elite level. He grew up at Framlingham Mission, in western Victoria, and was an extraordinary athlete, excelling in a range of sports including football, cricket, running, and boxing. He played his one and only game for Geelong at the Argyle Ground against Carlton in 1872.

The contribution of Mathew Stokes reflects more recent times in the exhibition.

Since 2007, the football club has been visiting Groote Eylandt, Gove and Yirrkala in East Arnhem Land, Northern Territory. The aim has been to assist remote Aboriginal communities in building aspirational goals, to assist in creating a structured football competition, to facilitate partnerships between AFL and the communities, and to assist AFL players and staff in professional development.

The careers and stories of many players are represented in a fascinating selection of jumpers, boots and balls, some dating from the early 20th century.

The earliest team jumper is the lace-up canvas guernsey with number 13 on the back worn by George Heinz (Haines) in 1912, when Geelong players first wore numbers for identification purposes.

The most recent pair of boots included are those worn by Melissa Hickey, a member of one of the Cats’ most notable football dynasties, on 17 February this year when she led the AFLW team for Geelong as captain for the first time.

And among the numerous and rare medals on exhibition is the 1989 Brownlow Medal awarded to the late Paul Couch – the only object in the exhibition from another collection, loaned to Geelong Gallery by the Couch family.

The Greatest Team of All—treasures from the Bob Gartland collection is at Geelong Gallery from 20 September to 10 November 2019.
Free entry
Open 7 days, 10.00am-5.00pm
geelonggallery.org.au

END_OF_DOCUMENT_TOKEN_TO_BE_REPLACED

HE WAS willing and eager to boo him during a game, but when CHRIS de KRETSER dealt with Hawk champion Luke Hodge off the field he could not have met a better bloke: MUCH HAS been said about Luke Hodge’s prowess as a leader and player after he announced his ret... END_OF_DOCUMENT_TOKEN_TO_BE_REPLACED 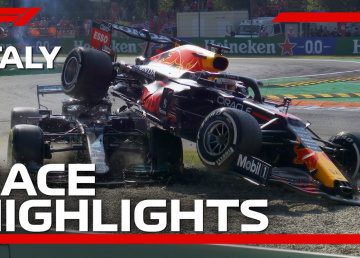