Formula One needs some serious soul-searching

FANS face a very different scene when the sleek Formula One cars line up at Albert Park next year. PETER COSTER reports:

THE SEASON-ENDING race at Abu Dhabi had no surprises whereas the new season, beginning with the Australian Grand Prix at Albert Park in March, will see changes to the very heart and soul of Formula One.

Since the first championship season 67 years ago, Formula One has been the pinnacle of motorsport with open-cockpit, single-seater cars that are at the cutting edge of technology.

Tazio Nuvolari, who pounded on the side of his Alfa-Romeo as if it were a horse, won 24 GPs in the pre-championship years and was lauded by Ferdinand Porsche as “the greatest driver of the past, the present, and the future”.

But such passion has long left Formula One, which is about to make fundamental changes to its DNA.

In Melbourne, the cars will no longer have the open-cockpits that have formed the basic design of all Grand Prix machines.

The encircling frame over the driver, running from each side of the car and with a supporting bar in front of him, will make an F1 grid look more like the sportscars lining up at Le Mans.

The front column of the so-called “halo” is like a split windscreen in the earliest road cars, and a distraction for the driver. None of the drivers likes it and although it is being introduced in the name of safety, they would have to climb through it to escape in the case of a crash; particularly one where the car may have caught fire.

Former triple world champion Niki Lauda, who was burned in a fiery crash, watches each GP from the pit counter of the Mercedes team, of which he is chairman and a part-owner.

The scars from his accident in the German Grand Prix in 1976 at the Nürburgring are the result of being trapped in a burning car. The fear is that the halo will keep the driver in the car for longer than it now takes to scramble from the open cockpit.

In a test, Valtteri Bottas, who won Sunday’s Grand Prix at Abu Dhabi, took 9.59 seconds to get out of his halo-fitted Mercedes.

The current time for exiting the cockpit and its six-point harness is five seconds and includes removing the steering wheel. The FIA has extended this to seven seconds to accommodate the halo structure.

But the fire won’t wait an extra two seconds, or five seconds in the case of Bottas. The Finn’s backside would have been medium-rare if there had been a fire.

Then there is the obvious visual change the halo brings to the car. The structure is far from invisible and better suited to the little tractors driven by French farmers than F1 machines.

“The halo destroys the DNA of an F1 car,” said Lauda when the decision to enforce the contraption was made earlier this year. Ferrari president Sergio Marchionne, had a similar comment, although being Ferrari it was more about Ferrari’s DNA.

“I don’t want to play NASCAR globally,” said an angry Marchionne, “I just don’t.” The American series concentrates on entertainment, not technology. The cars are the same thundering beasts they were when the series started.

Ferrari has threatened to pull out of Formula One if Liberty Media Formula One takes developing technology out of the equation.

Chase Carey, the Liberty F1 boss, says he wants to make F1 “louder, faster and cheaper”, but in doing so may drive fans away from the sport. The cars do need to give fans a greater adrenaline rush than the current 1.6 litre hybrids, which produce a sound like flies trying to get into a Queensland house through a fly-wire door.

The engines do need to be cheaper to help close up the field lagging behind the Mercedes, Ferrari and Red Bull cars, but it needs to be done with an eye to research and technology.

Using easily-manufactured engines that can be bought off the shelf, instead of the million-dollars it costs to buy one from Mercedes, has obvious economic attractions.

But will Formula One’s millions of fans around the world turn to watching re-runs of races gone by, or simply turn to other sports. Will cars turn electric when race day will resemble a grid for gamers?

The Australian GP at Albert Park in March will give everyone – teams, constructors, drivers and fans – the opportunity to see the halos and say what they think.

There will be time over the F1 summer break, which is winter, of course, in Europe, to consider engine changes in 2021 that will not see Ferrari abandon Formula One, although Marchionne says the Prancing Horse’s shareholders would welcome saving the money, even if the hysterical tifosi would not.

Change must come to the cost of running an F1 team with its need for expensive research and development. Mercedes has a yearly budget of US$500 million and Ferrari and Red Bull between US$400 and $500 million.

Chevy Chase’s slogan of “louder, faster, cheaper” might be Formula One’s equivalent of the Olympic motto of “faster, higher, stronger”.

Like athletes who cheat, F1 constructors will take whatever advantage they can, which fortunately does not include drugging the drivers.

At Abu Dhabi, the Mercedes cars were faster. The noise was the same pleased purring British fans might hear from their cat at the fireside as Europe goes into winter.

The results were predictable although some will say Bottas winning the race was “arranged”, and Lewis Hamilton might have been expected to overtake in the closing laps of the race.

He did range up behind the Finn but Bottas, apart from a desperate lock-up, held his place. He also started on pole, recorded the fastest lap and led from start to finish; if you don’t count Hamilton being temporarily in front after a Bottas pit stop.

Mercedes locked out the front row of the grid for the 50th time since their four-year domination of the sport began and finished in first and second place with Ferrari’s Sebastian Vettel third, his Ferrari teammate Kimi Raikkonen fourth and Red Bull charger Max Verstappen fifth.

Daniel Ricciardo was looking at a possible podium finish in fourth place until the 35th lap of the 55-lap race. He hit a barrier hard enough for a piece of carbon to be sent flying off the Red Bull and came in for a tyre change before parking the car with hydraulic problems.

The excuse seemed to be that it was “unreliability” and not the result of hitting the barrier, although it could be rationalised that when the hydraulics failed, it was because they had become “unreliable”.

The elite formula is rife with spin and more so now that Bernie Ecclestone has retired with the several hundred million he was paid by a company whose executives are finding they are getting advice from everyone who has backed a car out of a garage.

Ross Brawn, Liberty’s managing director of motorsports admits to being a “poacher turned gamekeeper” after running his own highly-successful team.

Brawn won a world driver’s championship with Jensen Button and a constructors’ championship in 2009 before selling the team to Mercedes.

All is to be revealed to the teams next month, which will leave everyone 17 weeks to think about it before they line up on the grid at Albert Park.

PETER COSTER is a former editor and foreign correspondent who has covered a range of international sports, including world championship fights and the... END_OF_DOCUMENT_TOKEN_TO_BE_REPLACED

PETER COSTER is a former editor and foreign correspondent who has covered a range of international sports, including world championship fights and the... END_OF_DOCUMENT_TOKEN_TO_BE_REPLACED

IT IS an impossible task but that’s why SPORTSHOUNDS has chosen to ask its team of football specialists to dissect the contenders for glory in 2018 and list them in finishing order on the AFL Ladder. Editor COLIN DUCK looks at the odds and the tough task ahead... END_OF_DOCUMENT_TOKEN_TO_BE_REPLACED 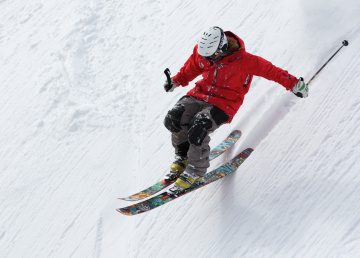 The Winter Olympic Games is a major and important international multi-sport event which occurs every four years. It is an event specifically held for sports practiced on snow and ice. The very first Winter Olympic Games were held in 1924 in France and have con... END_OF_DOCUMENT_TOKEN_TO_BE_REPLACED