13th place in his latest humiliation is not just bad luck for Australia’s only Grand Prix driver, writes PETER COSTER:

IF IT’S not the driver, it must be the car! After being second fastest in the second free-practice session at the Styrian Grand Prix, Daniel Ricciardo failed to make the top ten in qualifying for the race.

The Australian driver was 13th on the grid at the first of two races at the Red Bull Ring in Austria, but picked up five places in a brilliant opening lap.

The McLaren then lost power on lap seven leaving Ricciardo waving through the cars he had passed on lap one before the power came back on.

But as Ricciado explained, he was then “in the train” and it was “afternoon done.” He finished where he started, in 13th place and out of the points.

“It was one of those days when I really did not love this sport.”

There are various ways of looking at that.

Once again, Ricciardo was well behind McLaren teammate Lando Norris, who finished fifth after starting third on the grid behind eventual winner Max Verstappen with Lewis Hamilton second in the Mercedes.

It was Norris’s seventh top-five finish in eight races this season, including three podiums. Significantly, he is the only driver to have scored points in all races this year.

The 21-year-old British driver lapped Ricciardo at Monaco, giving the 31-year-old Perth driver, who now lives in Monaco, a wave as he drove past:

Ricciardo has also been ordered to let Norris past when he has been ahead of the hard-charging Norris after a pit stop. That is humiliating when the problem seems to be the driver, not the car.

Ricciardo has long been regarded as one of the top drivers on the grid along with Max Verstappen and Lewis Hamilton, but no longer.
This is serious and no one is laughing!

The excuse has been offered after each race, by Ricciardo and team principal Zac Brown, that it’s a matter of the Honey Badger getting comfortable with the car.

The time for that has passed as F1 again races at the Red Bull Ring this week.

It is just as obvious that Ricciardo’s stunning lack of success is destroying his self confidence.

Something is wrong but he doesn’t know what it is. “It’s a bit of a mystery,” he says as the search for clues goes on, each race adding to his  humiliation.

Ricciardo left Renault for McLaren because he thought the Macca, with its Mercedes engine, offered him a better chance of winning the drivers’ world championship.

Now it’s a matter of  at least getting a podium in won of the 15 races still to come in the 23-race season.

The Australian Grand Prix the third last on the calendar on November 21 and fans can only hope this will give Ricciardo a lift in confidence.

So much for Ricciardo. He has won seven GPs and has finished on the podium 31times.

Lewis Hamilton, who has won seven world championship with 98 wins and 171 podiums, is also struggling, sort of.

This year, he trails Max Verstappen by 18 points in the drivers’ championship after finishing second at the Styrian Grand Prix, which is named after the Austrian state where the race was held on Sunday.

Next week, the Austrian Grand Prix is at the same circuit before the F1 circus, as it used to be called, moves on to Silverstone for the British Grand Prix.

Hamilton and Mercedes are being genuinely challenged for the first time since the German team won the first of its seven constructors’ championships alongside Hamilton’s driver titles.

Before now, it has lacked the engine to run with Mercedes. Honda was unable to match Mercedes for speed, although the chassis appeared capable of doing the job.

The Japanese manufacturer has now delivered on its promise. The Honda engine delivers greater straight-line speed than the Mercedes and the package of engine and chassis has been superior on high-speed circuits such as Paul Ricard in France, where Verstappen won before Austria and at Barku in Azerbaijan, where Red Bull dominated Mercedes on the twisting street circuit.

This time it was Sergio Perez in the Red Bull who won after Verstappen ran into the wall when a tyre failed and Hamilton locked up his front wheels on a restart and finished out of the points.

Verstappen has said, matter of factly that he would beat Hamilton if they were driving the same car, as it were.

The Dutch driver led for most of the race at Baku before his tyre blew a few laps from the finish, which led Hamilton to say it was because the Red Bull was the faster car around the street circuit.

“I would say that too, if I were him,” responded Verstappen. “I think if I’m in his car I’m still two tenths faster than him. I don’t care what he says.”

When Verstappen first came to Red Bull six years ago, Helmut Marko head of driver development, said we were seeing “a new Senna.”

It is perhaps the ultimate compliment. The three-times world champion, who died when his steering broke at Imola, combined speed, aggression, impenetrable self-belief and consistency.

That is watching from behind the Red Bull driver. Alonso, who now drives for Alpina, the renamed Renault team, says Verstappen is the best driver. “I really like to watch him. He’s always in attack mode.”

The Dutch wunderkind later explained his comment about Hamilton by saying every F1 driver thinks of himself as the fastest. Self-belief is essential but at the back of their minds, not all drivers always think that.

Some know they will never be at the front of the pack, even in one of the best cars, but maybe that’s the time to think of another career.

It’s like “the big crash.” This correspondent heard former world champion Phil Hill say the big crash was like posting a letter. Once posted, it was forgotten.

Until the day it is always there, which is the time to step away.

It is doubtful if Max Verstappen has given further thought to the crash at Baku, which put him front on into the wall at 320kmh.

Other than to say tyre supplier Pirelli was at fault. And he was right. Aston Martin driver Lance Stroll found himself in the wall at the same place on the Baku straight when the same left rear tyre collapsed.

And Verstappen was right when he said Pirelli would not admit any fault in the tyre other than to say it was debris on the track or brought on by the low tyre pressures the teams were running.

The teams denied they were running lower tyre pressures to allow more rubber on the road and everyone having covered the collective  fundament, the circus moved on.

PETER COSTER is a former editor and foreign correspondent who has covered a range of international sports, including world championship fights and the... END_OF_DOCUMENT_TOKEN_TO_BE_REPLACED

ShareTweetShare on Google+Pin on PinterestSend with WhatsApp
14 recommended

PETER COSTER is a former editor and foreign correspondent who has covered a range of international sports, including world championship fights and the... END_OF_DOCUMENT_TOKEN_TO_BE_REPLACED 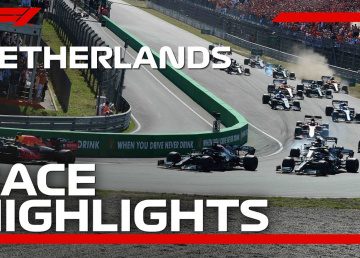 AS the two title contenders ramp up the risks in the Grand Prix title bout, it keeps going from bad to worse for the Aussie star, writes PETER COSTER. END_OF_DOCUMENT_TOKEN_TO_BE_REPLACED