Young blood rises in Formula One

THE young brigade are more than making their mark on GP racing this year as PETER COSTER observes:

WHEN Charles Leclerc stepped from his Ferrari after his first victory in F1, he briefly touched a name painted discreetly on the side of his car.

“Anthoine Hubert” and Leclerc were friends and lifelong rivals. In their case, lifelong meant their time racing karts as children and their teenage years in the junior formulas. Leclerc is 21 and Hubert was 22.

Leclerc made the transition to F1 this year and Hubert was likely to join the F1 elite, perhaps next season.

He was GP3 champion last year and was killed in a GP2 crash the day before the Belgian Grand Prix at the Spa-Francorchamps circuit on Sunday.

F1 is suddenly populated with very young drivers. Like Leclerc, the brilliant and aggressive Max Verstappen is 21. Alexander Albon, who was fifth at Spa after starting at the rear of the grid because of engine penalties and joins Verstappen at Red Bull, is 23.

Pierre Gasly, whose seat at Red Bull has been taken by Albon in a swap with junior team Toro Rosso, is 23.

George Russell, who has out-qualified teammate Robert Kubica at Williams in every race this year and is the reigning GP2 champion is 21, looks 14.

Orlando Norris at McLaren is 19, looks 12. They look as if they would rather lick ice creams than drink victory champagne.

Carlos Sainz Jr, whose father is former world rally champion Carlos Sainz, is getting on a bit at 25.

All these young chargers are former or current junior formula champions and the very fresh faces of F1.

Esteban Ocon, who is to replace Nico Hulkenberg alongside Daniel Ricciardo at Renault, is 22. Hulkenberg is 32.

Kimi Raikkonen, who drove across Verstappen at the first corner at Spa, turns 40 next month. The “Kimster” went to Alfa Romeo after losing his Ferrari seat to Leclerc.

The difference between these young guns and the older guard of F1 was never more evident than in Leclerc’s win at Spa.

He finished more than 26 seconds ahead of teammate Sebastian Vettel.

Vettel is 32 and has not won since last year. This season has seen him make mistakes that have given Leclerc a chance at winning, only to be given team orders to back off.

On Sunday, the order was reversed. It was a surprise manoeuvre the four-times world champion later presented as “serving the team”.

Vettel was called into the pits early in the race when Ferrari team boss Mattia Binotto saw he was falling behind.

A change of tyres did little to help and the German driver pulled aside for Leclerc on lap 27. Vettel said he was able to “hold up” Lewis Hamilton to give Leclerc a “buffer” from  Hamilton in his Mercedes.

But Binotto said Leclerc would have “overtaken him at some stage”.

So much for Vettel saying he took one for the team.

Leclerc started on pole and was in control of the race although the 34-year-old Hamilton, who had an unexpected crash into the barriers in practice and had his car rebuilt, finished less than a second behind the Monegasque driver.

What of Daniel Ricciardo, who has turned 30 and finds himself alongside the 22-year-old Esteban Ocon now that “The Hulk” is out of a job?

Hulkenberg has the unenviable record of the most starts in F1 without a podium finish, some 169 races.

Ocon, who was test driver for Mercedes, has left for a seat at Renault, which is struggling for pace, whereas Red Bull with Honda engines has proved a match for Mercedes and Ferrari; mostly because of the superb driving of Max Verstappen, who won in Austria and Germany this year.

Ricciardo has moved from one of the top teams into a Renault team struggling to find its way.

He was passed at Spa by Alex Albon in a move that showed the raw aggression of younger drivers.

“You’ve got to get up early in the morning to pass Ricciardo around the outside,” commented Martin Brundle as Albon ranged up late in the race.

The Thai driver had obviously got up very early that morning and pulled off the pass, as he did by taking to the grass to go around Racing Point’s Sergio Perez on the last lap.

Ricciardo is contracted to Renault for next season and can only hope the French team is able to give him the same sort of success as when he won three races in his first year with Red Bull after replacing Mark Webber.

The move to Renault was as much about Max Verstappen as it was about the reported $20 million a year Ricciardo is being paid.

This puts him third on the money list behind Vettel on $50 million a year and five-times world champion Hamilton on more than $60 million.

If Vettel were to retire at the end of this season, Ricciardo may find Ferrari willing to buy out his Renault contract to put him alongside Leclerc.

But Ricciardo would find himself in the same position as he was at Red Bull, where principal Christian Horner said the team was being built around Verstappen.

Ferrari would see the Scuderia’s future being built around Leclerc.

Whatever happens, young blood is the winner as Formula One undergoes generational change. It has come mid-season instead of the end of the year.

PETER COSTER is a former editor and foreign correspondent who has covered a range of international sports, including world championship fights and the... END_OF_DOCUMENT_TOKEN_TO_BE_REPLACED

PETER COSTER is a former editor and foreign correspondent who has covered a range of international sports, including world championship fights and the... END_OF_DOCUMENT_TOKEN_TO_BE_REPLACED

PETER KRIEN wraps up the Aussie women’s challenge at the Lacrosse World Cup WELL, it wasn’t exactly the present Rachel Kirchheimer was hoping for on her birthday when she and her Australian teammates took to the pitch in the bronze medal decider of the Women’s... END_OF_DOCUMENT_TOKEN_TO_BE_REPLACED 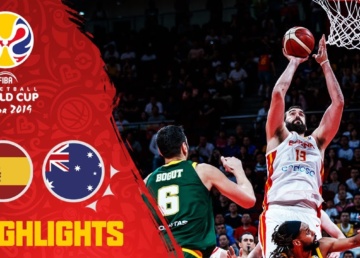 THE sorry sight and sound of a champion who couldn’t handle defeat is a blight on Australian sport, says Chief Writer RON REED. END_OF_DOCUMENT_TOKEN_TO_BE_REPLACED