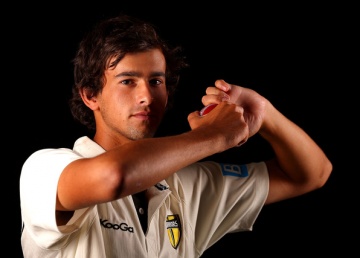 HE WAS a sensation in his first Test and now the cricket world waits to see what Ashton Agar can produce after his long spell on the fringes says KEN PIESSE. END_OF_DOCUMENT_TOKEN_TO_BE_REPLACED

The bolter with the blazing bat

MOST cricket followers were stumped when the Australian selectors announced a new cap for a Test in England. Author KEN PIESSE was among them: CRICKET folklore revolves around the extraordinary. From the heroics of Don Bradman’s Invincibles at Leeds in 1948 to... END_OF_DOCUMENT_TOKEN_TO_BE_REPLACED