PODIUM FOR MATTHEWS IN CRASH CHAOS

DOWN they go – but at least one Australian star survives a horror first day of the Tour de France, writes JOHN TREVORROW:

Two of the biggest crashes ever seen in a major cycling event have turned the Tour de France on its head and then French star Julian Alaphilippe (Deceuninck-Quickstep) dominated the finish.

The first crash, 45 km from the finish, was caused when a spectator’s sign knocked off Tony Martin and most of his Jumbo Visma teammates. The chain reaction caused more than 100 others to either crash or having to stop. Amazingly most of the riders managed to remount and the Deceuninck-Quickstep and Ineos Grenadiers teams who luckily escaped relatively unscathed put the brakes on and only Jasha Sütterlin (DSM) was forced out of the race.

But the second crash with only five kilometres to go was a very different story. The race was on in earnest at the time and a touch of wheels near the front of the peloton ruined the chances of many of the overall contenders. Marc Soler (Movistar), Cyril Lemoine (B&B Hotels-KTM) and Ignatas Konovalovas (Groupama-FDJ) were forced to abandon the race.

World champion Alaphilippe was magnificent. He attacked with 2.3km to go on the challenging finale and just rode away from all the biggest names. Wout van Aert (Jumbo Visma) was on his wheel when he attacked but could not hold the aggressive Frenchman. Defending champion Tadej Pogacar (UAE Emirates) and last year’s runner up Primoz Roglic (Jumbo Visma) tried to pull him back but to no avail. Australian Michael Matthews (Bike Exchange) was brilliant and although he could not close the gap had enough left to take second place ahead of Roglic with Aussie Jack Haig (Bahrain Victorious) a very impressive fourth.

For the other Australians it was a mixed bag. Lucas Hamilton only lost 38 seconds and is still in the mix while Porte and O’Connor lost time because of the final crash.

The intermediate sprint saw Caleb Ewan comfortably take out second behind the solo breakaway and the ease at which he put away the other sprinters showed that he is going to be right in the mix for stage wins and the battle for the green jersey.

JOHN TREVORROW is a multiple Australian champion road racer and Olympian who has been doing media commentary at the Tour de France for more than 20 ye... END_OF_DOCUMENT_TOKEN_TO_BE_REPLACED

JOHN TREVORROW is a multiple Australian champion road racer and Olympian who has been doing media commentary at the Tour de France for more than 20 ye... END_OF_DOCUMENT_TOKEN_TO_BE_REPLACED 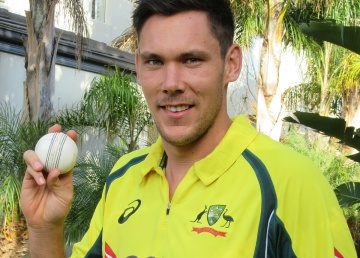 SEVEN DAYS IN SPORT: They’re not necessarily winners but they’re not to be missed when they go into action, writes RON REED. END_OF_DOCUMENT_TOKEN_TO_BE_REPLACED