LONE EPIC LIGHTS UP THE MOUNTAINS

THE forbidding Pyrenees mountain range always provides the perfect platform for some epic days on the Tour de France and stage 9 was no exception – it will be remembered as a ripper.

It wasn’t just the ride of the day it was the ride of the Tour so far. And it was something amazing. The 22 year old former U23 world road champion, who finished a close second to Alaphilippe on day two, rode most of the day alone at the front.

Now I’ve seen that done many times when the rider is not a threat in the GC and the peloton gives a bit of latitude. But that was not the case here – far from it. Hirschi made numerous attempts to get in the early breakaway and finally succeeded. But the group only got clear just before the first major obstacle, the cat 1 Col de Hourchere and Hirschi decided the group weren’t strong enough and rode clear and had a four minute lead at the summit.

Now that was pretty impressive because the peloton were not messing about. Jumbo Visma had obviously decided that this was the day they put pressure on everyone.

Hirschi had 100 km to go and it looked impossible that he could hold off the chasing superstars unless they slackened off. The opposite happened and an amazing race ensued. Hirschi, a tour debutant and one of the youngest in the race, never weakened in his gallant epic ride and crested the final brutal cat 1 Col de Marie Blanque with only just over a minute in hand on the big favourites, Roglic, Bernal, Podacar and Landa.

There was still 17 kms to the finish in Laruns and, unfortunately, not all downhill. Although he descended majestically there was a surprising alliance with the favourites and they caught him 1.5 kms from the line.

Hirschi was the fastest of the group and in normal circumstances would have won comfortably. But this was anything but normal. He raced past them with 200 metres to go, which was probably a fraction early in the circumstances, and looked a chance but you could see the legs tightening up from his supreme effort and Podacar and Roglic pipped him on the line, racing by on either side in a Slovenian sandwich. For Hirschi it was agonisingly close to the greatest stage win in any era.

Pogacar just keeps impressing me. At only 21 years of age he seems to be getting stronger each day and, if not for his unlucky time loss when the peloton split in stage 7, he would be leading now.  One thing is glaringly obvious, this young Slovenian won’t die wondering. His powerful attack on the steep final slopes put everyone under extreme pressure and although he was bought back, he actually looked the strongest.  As it is he’s only 44 seconds behind overall leader Roglic in seventh spot.

Roglic has justified his position as pre-race favourite, and his Jumbo Visma squad were easily the strongest. His teammate Belgian Wout van Aert was amazing, again displaying all-round talent that is rarely seen. Their plan was to test out the opposition and put defending champion Egan Bernal, and his Ineos team, under pressure. Although they succeeded in isolating Bernal, the 23 year old Colombian answered all attacks and never looked in serious trouble. His counter attack, nearing the summit of the final climb, was a show of strength and proved he is getting stronger each day. I reckon Roglic will be concerned.

Aussie Richie Porte had his best day. He actually crested the final climb only a handful of seconds behind Roglic and co, but descending has always been his Achilles heel. He chased furiously along with Trek teammate Bauke Mollemer, Nairo Quintana, Romain Bardet, Rigoberto Uran and Gillaume Martin and only lost 11 seconds at the finish. Martin held onto third overall at 28 seconds and Richie now sits 11th at 1.23 seconds.

Adam Yates was gallant in defeat. The Mitchelton Scott leader produced a gutsy ride but just couldn’t go with the vicious attacks on the final climb losing 54 seconds and dropping back to eighth overall at 1.02 seconds behind Roglic. Yates won’t get back into yellow, but for him and his Aussie team it’s back to plan A of chasing stage wins.

Australia’s pocket rocket Caleb Ewan got himself in the gruppeto of more than 70 riders who finished nearly half an hour behind. He will definitely enjoy the rest day to prepare for the expected sprint finish on the pancake flat stage 10.

JOHN TREVORROW is a multiple Australian champion road racer and Olympian who has been doing media commentary at the Tour de France for more than 20 ye... END_OF_DOCUMENT_TOKEN_TO_BE_REPLACED

JOHN TREVORROW is a multiple Australian champion road racer and Olympian who has been doing media commentary at the Tour de France for more than 20 ye... END_OF_DOCUMENT_TOKEN_TO_BE_REPLACED

WHATEVER Cameron Smith does next, he’ll always be the legend of the Storm, writes IAN COHEN. END_OF_DOCUMENT_TOKEN_TO_BE_REPLACED 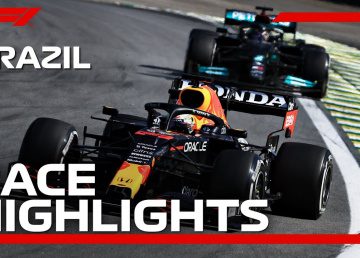 LEWIS Hamilton is not ready yet to concede his title to the young challenger, writes PETER COSTER. END_OF_DOCUMENT_TOKEN_TO_BE_REPLACED