When the ICC made the decision in July 2018 to broadcast stump microphone audio at all times, even during a dead ball situation, there was a sense of bubbling anticipation. What would we be privileged to hear and what would happen once we heard it? Cricket fans had waited patiently for this decision to be made and the ICC took that into consideration saying that it would increase fan engagement.

The ICC has never been famed for their ability to use the most basic common sense, so it was refreshing to have a decision made that would benefit viewers around the world. Nonetheless, it was certainly be put in place to target sledgingthat went unpunished for far too long.

Since the law came into effect last year it had been somewhat slow going out in the middle with the players on high alert that their every word was being listened to by a global audience. Things picked up a bit when Tim Paine and Virat Kohli exchanged what can only be described as mild banter during India’s tour to Australia, but like all situations in life, once people become complacent, they often let their guard down.

In the space of a month, two players have been banned for a collective eight games after the powers that be deemed their utterances to be outside the code of conduct. The first was Pakistan’s captain Sarfraz Ahmed after a sledge aimed at South Africa’s Andile Phehlukwayo, and recently Shannon Gabriel accepted a four-match banafter a difference of opinion with Joe Root.

The recent bans have had a section of the cricket community calling for the mics to be switched off, which may be one of the more moronic things to be suggested as a way of curbing the problem. If you were to switch someone’s hearing aid off, in a bid to stop them hearing any insults, it wouldn’t get to the root cause of the problem.

Now the stump mics are on the game can begin addressing the mindset of bigoted cricketers which will inevitably help them in the end. Players that transgress should also be forgiven as they aren’t the first and certainly won’t be the last to be caught saying something they may regret at a later stage. If the stump mics had been turned up during Australia’s heated semifinal against South Africa during the 1999 world cup, there’s good reason to believe that all 22 players would have been banned.

It does pose a few interesting questions as the Cricket World Cup approaches. Emotions always run highest when players are in the heated environment of knockout matches and a ban could have a deciding impact on the outcome of the tournament. England are the favourites at 9/4 in the cricket bettingbut should, for instance, Ben Stokes have a slip of the tongue, the Three Lions could be without their star all-rounder and then all of a sudden the makeup of their team drastically changes.

Some players are more likely to overstep the line than others and with so much on the line, it’s hard to imagine someone won’t get into trouble over the duration of the World Cup 2019.

The important thing to remember is that not everything heard on the stump mic is offensive and a lot of it is informative and even quite humorous. It brings the viewers at home right into the centre of the battle between bat and ball which can be a thrilling experience in a tightly contested game. It’s all going to come out in the wash anyway so turn the mics up and let cricket’s viewership rise.

END_OF_DOCUMENT_TOKEN_TO_BE_REPLACED 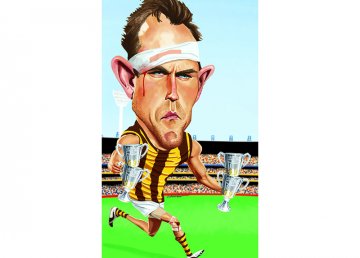 HE WAS willing and eager to boo him during a game, but when CHRIS de KRETSER dealt with Hawk champion Luke Hodge off the field he could not have met a better bloke: MUCH HAS been said about Luke Hodge’s prowess as a leader and player after he announced his ret... END_OF_DOCUMENT_TOKEN_TO_BE_REPLACED 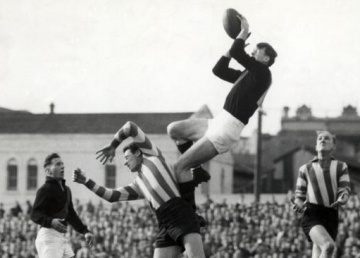 Author DAN EDDY looks back on the early 60s when John Coleman led his talented but tough Coleman’s Crusaders to two premierships. END_OF_DOCUMENT_TOKEN_TO_BE_REPLACED