If unbeaten Nicky Henderson trained nine-year-old Altior retains his Queen Mother Champion Chase crown at the 2019 Cheltenham Festival, and he’s an odds-on 4/7 favourite with Betfair to do just that, he will equal the record for most consecutive National Hunt race victories.

Big Buck’s dominated the Stayers’ Hurdle division between 2009 and 2012 landing 18 races in a row for Paul Nicholls. Horses that embark upon unbeaten streaks can be viewed in two different ways; either we laud them for taking on all-comers and still finding the will to win, or if detracting from them we say they were around in an era in which the competition was weak.

The legacy of Altior is yet to be finalised, although handler Henderson recently said he was entering Sprinter Sacre territory – another Seven Barrows inmate who was the last to win two Champion Chases. If he can emulate his erstwhile stable companion, then Altior will underline his claims as an all-time great.

What is particularly remarkable about the 17 races on the spin won by Altior coming in to the 2019 Cheltenham Festival is that streak encompasses both hurdle contests and steeplechases. His seemingly invincible aura reached new heights when he bounced back from an eleventh hour scare when found lame in his stable 48 hours or so before the Champion Chase last season only to respond to treatment and trounce Min by seven lengths.

Small fields not his fault

It’s no wonder Altior has had the opposition running scared this season. While facing just four, three and two rivals in three starts and being long odds-on each time, he can only beat what is put up against him.

The Cheltenham betting market for the Champion Chase some six weeks out from the Festival is 9/1 bar Altior with BetVictor.  Young pretender Footpad is still reckoned the one most likely to challenge. That Irish raider was sublime in his novice campaign over fences, yet Willie Mullins’ charge has found open company more problematic.

Footpad may of course bounce back to winning ways for powerful owners Simon Munir and Isaac Souede during the Dublin Racing Festival but, with stablemate Min available at double the odds for the Champion Chase than his Ryanair Chase best price of 6/1 with William Hill, it looks as though he’ll swerve a third Cheltenham clash with Altior. Others at the top of the market include and Un De Sceaux (16/1, Betfair) and Sceau Royal (16/1), but none looks like posing a threat to Altior.

Punters are then looking at double figure and large prices for the rest, so betting on the Champion Chase is arguably about finding a good bet to be placed, each-way wager or forecast flutter to finish in-behind Altior. Even if, as widely anticipated, he does make history at the Festival, he still has some way to go to match Australian wonder mare Winx, who runs on the Flat and is 29 races unbeaten Down Under.

END_OF_DOCUMENT_TOKEN_TO_BE_REPLACED 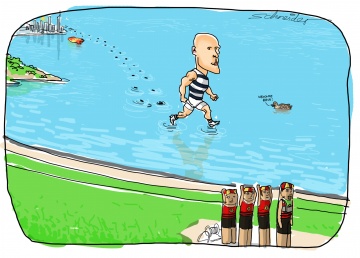