McIlroy Needs More to Be One of the ‘Great’ Greats

For the last couple of decades, the golf media has always been somewhat Tiger-centric. His presence, or lack of, often overshadowed tournaments, as sports media outlets are always keen for a protagonist, someone to drive the narrative through the four days of play. Tiger Woods was often that player, or, at least, the media wanted him to be that player.

During Woods’ down years, and this his assuming that his latest comeback has ended them, the media was keen to find another Gulliver to lead fans through the wilderness of back nines on Sundays the world over. They hoped Rory McIlroy was that player.

For sure, there were other candidates and players with the talent to match McIlroy; Dustin Johnson and Jordan Spieth among them. But, even if it was unconsciously, the media picked their man for the job. Pretty soon, the media and fans were on a first-name basis with Rory – literally.

A four-time Major winner, just one behind the likes of Seve Ballesteros and Peter Thompson, nobody cannot say that McIlroy has failed in any sense. But it is the fact that McIlroy won his fourth Major at the age of 25 (he turned 29 in May) that has caused fans to now question his greatness.

He has certainly had some rotten luck over the past four years, not to mention a couple of injuries. But he has also been incredibly frustrating. Consider this: McIroy has won five tournaments since his last Major, the 2014 PGA Championship.

While five wins on the PGA Tour is not a bad return in four years, putting McIlroy on a par with good players like Hideki Matsuyama, it misses the point: McIlroy is not supposed to be a good player, he is supposed to be a great player. For context, Jason Day, who has also struggled with injury, has amassed 10 PGA Tour victories in that time.

Indeed, if you compare the odds for Day and McIlroy for future tournaments, say the 2019 US Masters, the former is found at 20/1 and McIlroy is found at 10/1 with Bet365 – go figure. McIlroy has scuppered many betting tips and annoyed plenty of punters over the last few years, because, not only has he failed to win consistently, he is also ridiculously low in the odds for each tournament. A sign that bookies believe he is still great, even if fans are beginning to doubt him. 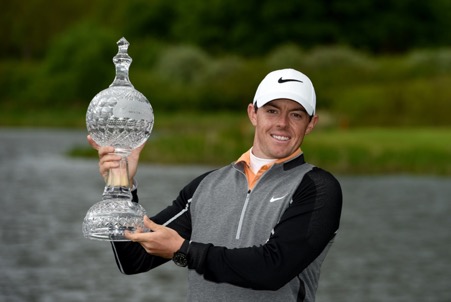 And, that’s the thing about McIlroy in recent times. He always gives just enough evidence that he is ready to turn the corner once again. Even when he has a poor tournament, he will pull out one great round, one moment of magic, that makes fans feel he can get back to his best. The question is if this Sisyphean mantle of always looking about to reach the summit is the exception or the rule for McIlroy going forward.

Of course, McIlroy is still young, perhaps with a whole decade in front of him in the elite end of world golf.  Most observers of the game believe he has enough to land another couple of Majors, perhaps even landing that elusive Masters title to complete the set. However, some are aware that buried among the three-putting and unexplained inconsistency is a true great of the game, a giant to one day rival Palmer, Woods and Nicklaus. If that “Rory” can come out as he reaches his peak years, then the media may have found their man.

END_OF_DOCUMENT_TOKEN_TO_BE_REPLACED

ShareTweetShare on Google+Pin on PinterestSend with WhatsApp
14 recommended

END_OF_DOCUMENT_TOKEN_TO_BE_REPLACED 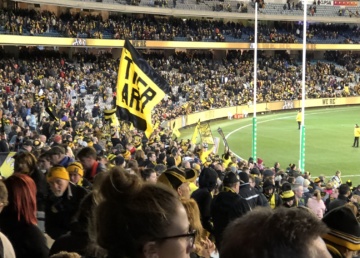 RICHMOND fans are still on a high after beating Adelaide in the 2017 AFL Grand Final, writes CHERYL CRITCHLEY END_OF_DOCUMENT_TOKEN_TO_BE_REPLACED

AUSTRALIAN Rugby is in a crisis, but can the game be salvaged? PETER MEARES looks at the grim state of affairs and offers a solution. END_OF_DOCUMENT_TOKEN_TO_BE_REPLACED