Much has been made recently of the impact of international horses racing in Australia, and it seems that the debate will continue ahead of the 2018 Melbourne Cup, with the betting favourites dominated by international raiders. Most punters will, of course, say it’s a moot point, as big money races will inevitably attract the best talent from around the world. Indeed, it’s part of the reason for the creation of the Everest and Pegasus World Cup – money, not tradition, dictates the business of racing in the 21st century.

However, does a horse’s breeding or training really matter to punters and fans when it comes to the big events? If the horse is owned by a huge international enterprise like Godolphin rather than Lloyd Williams, is there anything more to gain? Would a win for Godolphin’s man, Charlie Appleby, be celebrated more in Britain or Dubai? We tend to get fixated on these issues in the big races, when the focus should remain on the grassroots of the sport. That’s in a decent state in Australia, so there should be a willingness to take on the big international guns in the marquee races. 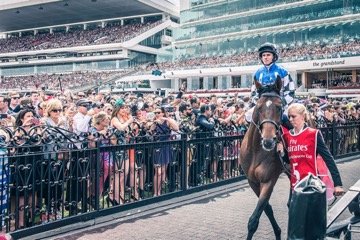 Of course, for Australian fans nothing is bigger than the Melbourne Cup and the betting chatter is just beginning to heat up. The three horses at the top of the current betting markets are Magic Circle (13.00, Bet365), Cross Counter (13.00) and Withhold (15.00), all of whom have only ever raced outside of the British Isles before. There has been some push towards the top of betting markets for Kings Will Dream and Avilius, both imports now finding success in Australia.

It must be remembered that the Melbourne Cup is not usually a race that sticks to the narrative set in the lead up to it. While Magic Circle, Cross Counter and Withhold are decent horses, they are not superstars en route to inevitable victories this spring. Prince of Penzance, the horse that helped launch Darren Weir into the big time as Australia’s most prolific trainer, is a testament to that. His victory in 2015, at odds of 100.00, showed anyone can win the Melbourne Cup.

These few weeks in the lead up to the Melbourne Cup are always characterised by intense speculation, especially when it comes to the health of international horse waiting in quarantine. This can cause doubt in the minds of the bookmakers, allowing for savvy bettors to pounce on the value bets. For example, Withhold is priced at 9.00 with some bookmakers, but can be found at 15.00 with Bet365. However, punters should be checking out this Melbourne Cup betting offer for Bet365 and other Australian bookies before backing anyone.

The betting picture should become a little clearer over the next couple of weeks, but there is a decent bit of value to be found in the early betting, especially if you shop around with different bookmakers. Should you be backing a home-grown talent or international raider? Your bookie won’t care, and nor should you.

END_OF_DOCUMENT_TOKEN_TO_BE_REPLACED

ShareTweetShare on Google+Pin on PinterestSend with WhatsApp
11 recommended

END_OF_DOCUMENT_TOKEN_TO_BE_REPLACED

GERMAN efficiency, which saw Lewis Hamilton win the last Grand Prix of the season at Abu Dhabi, was in sharp contest to the Italian farce at Ferrari. PETER COSTER REPORTS. END_OF_DOCUMENT_TOKEN_TO_BE_REPLACED

KEN PIESSE was one of the 86,000 plus Australian record crowd at the MCG for the women’s T20 World Cup final: END_OF_DOCUMENT_TOKEN_TO_BE_REPLACED