The Victoria Derby is one of the world’s oldest horse races as it was inaugurated all the way back in 1855.

Queen Victoria was on the throne, Ned Kelly was born that year and Charles Dickens was working on Little Dorrit. Over in Flemington, a filly called Rose of May outstayed all her rivals to clinch a famous victory in the very first Victoria Derby. Since then we have seen more than 150 winners as the prize purse has spiralled ever north and competition has grown ever more ferocious. There is a huge amount of historical data to analyse before placing a bet on this famous race:

This is the most prestigious race in Australia for three-year-old stayers and it is open to fillies, colts and geldings. Colts and geldings get 55.5kg to carry and fillies are lumbered with 53.5kg. Fillies won the first three Victoria Derbies, but a filly has not tasted success in this race since Frances Tressady soared home all the way back in 1922.

Only four stayers in the long and distinguished history of this race have seized their first ever win in the Victoria Derby. Martini Henry in 1883, Fire Oak in 1990, Redding in 1992 and Preferment in 2014 are the only maidens to win this race. Preferment had great pedigree and he was by Zabeel, who has yielded a phenomenal number of distance champions in the big Australian races, but he was not too heavily backed due to his lack of wins. Yet he defied odds of $8 to score by a long neck from Bondeiger ($11), with Nozomi ($41) third. The $2.45 favourite Hampton Court was well beaten in the straight. 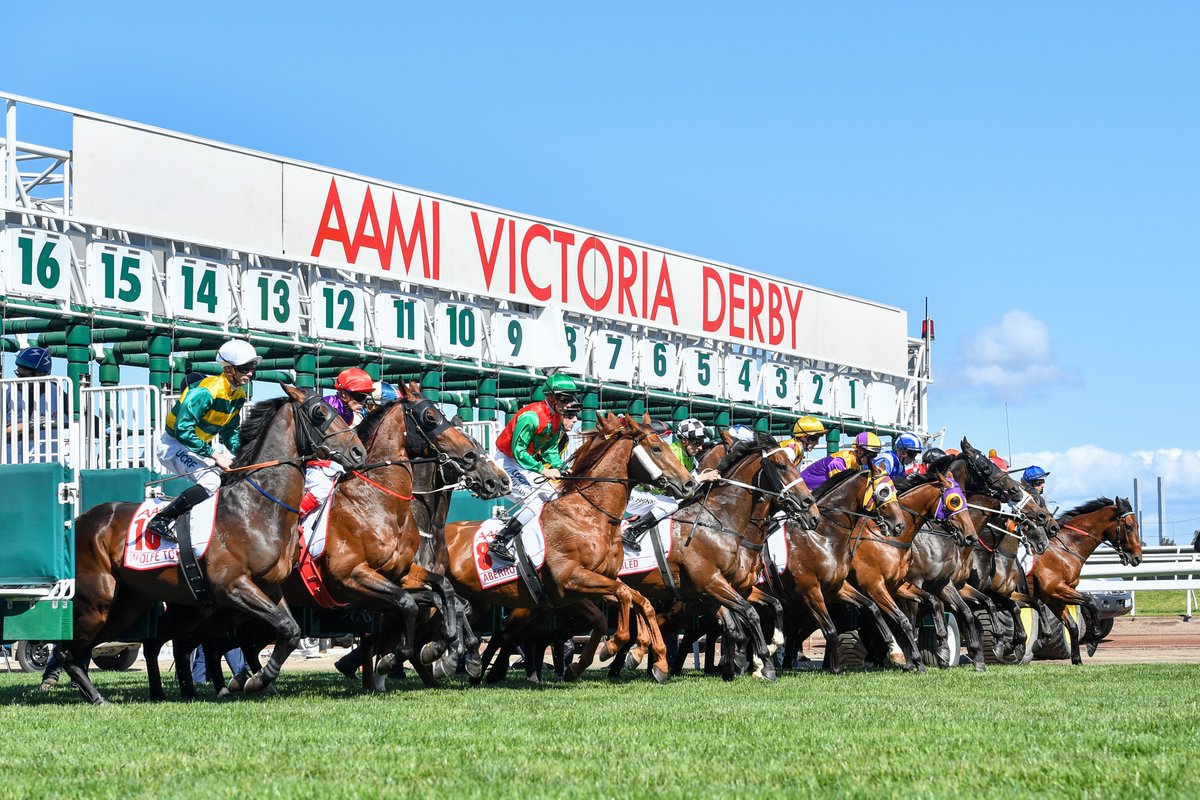 Last year $7 favourite Ace High overcame a nightmare run three wide around the iconic Flemington turn and then soared away from his rivals to secure an extremely comfortable victory. The betting was really open, but Ace High was the only Group 1 winner in the field and he proved far too strong for all his rivals. He put two lengths on Sully ($7.50), with Astoria ($8) another half neck back in third. That followed a 2016 victory for another favourite in Tanzino, who justified a starting price of just $2.90 to cruise to victory. However, that win for Tanzino ended a nine-year drought in which favourites were consistently beaten. Even when you factor in those victories for Tanzino and Ace High, favourites have won just nine of the past 31 renewals of this iconic race. So when you head over to Punters.com.au to find the best odds and analyse the field for this year’s Victoria Derby, make sure you do not write off the roughies.

One of a kind

One is the most successful Victoria Derby barrier since 1985, having yielded five winners in the past 32 years. Barrier three had not housed a winner since the 1970s, before Ace High sailed to victory from that gate last year, ending a long hoodoo.

Jockey Damien Oliver won the Caulfield Cup on his very first attempt when he rode Redding to victory in 1992. He has since claimed four more victories in this famous race – on Amalfi in 2001, Elvstroem in 2003, Fiveandahalfstar in 2012 and Preferment in 2014 – making him the most successful current jockey in the race. Yet he is now on a four-year Caulfield Cup drought and he will be desperate to gain a fifth win this year. Bobbie Lewis holds the record with the most all time wins in this race, having claimed eight victories, so Oliver has some way to go before unseating him.

Eight wins is also the record for a trainer, as James Scobie scooped victories in 1900, 1901, 1903, 1904, 1908, 1912, 1927 and 1937. Several members of the current crop have tasted previous success in this race, including Chris Waller, David Hayes, John Hawkes and Trent Busuttin. Waller in particular should have a strong hand this year, and his runners should prove to be extremely well backed.

The prize money on offer for the Victoria Derby has been climbing year-on-year and it has shot up to a cool $2 million for the 2018 renewal. That should ensure an extremely strong field, but it is extremely difficult to predict, as it comes early in the season and it requires a huge effort for three-year-olds to stay the distance. Look out for the result of the Moonee Valley Vase on October 27, as this is typically a strong pointer as to how the contenders for the Victoria Derby will fare.

END_OF_DOCUMENT_TOKEN_TO_BE_REPLACED

ShareTweetShare on Google+Pin on PinterestSend with WhatsApp
33 recommended

END_OF_DOCUMENT_TOKEN_TO_BE_REPLACED

The Prancing Horse needed different shoes at the Hungarian Grand Prix as Charles Leclerc found himself on hard rubber because of a Ferrari strategy failure.  END_OF_DOCUMENT_TOKEN_TO_BE_REPLACED

Lewis Hamilton revealed that his Canadian Grand Prix podium was “overwhelming.” That is understandable because it ended a run of bad form. Hamilton has had a challenging run of races and has struggled to get grips with Mercedes’ current car. He finished third ... END_OF_DOCUMENT_TOKEN_TO_BE_REPLACED