VIDEO reviews were meant to take the critical errors out of football, cricket and soccer, but PAUL GOUGH reckons they fail to fulfil that function and are a blight on the games:

THE AFL’S goal referral video system has about as much credibility as Barnaby Joyce. In fairness it is not just the AFL where so-called video “technology” is ruining fans’ enjoyment of the game and making a mockery of the sport. You can throw in cricket and soccer as well.

The only sport where video replays appear to have merit is tennis where the technology is used sparingly, and it is up to the players – not the officials – to decide when to use it.

But overall the notion that video replays would improve decision making in professional sport is the biggest hoax since the magic bullet theory used to justify that Lee Harvey Oswald was the lone assassin of former US President JFK.

And just as that theory is widely discredited so it will soon be with the myth that video technology benefits sport in making crucial decisions. 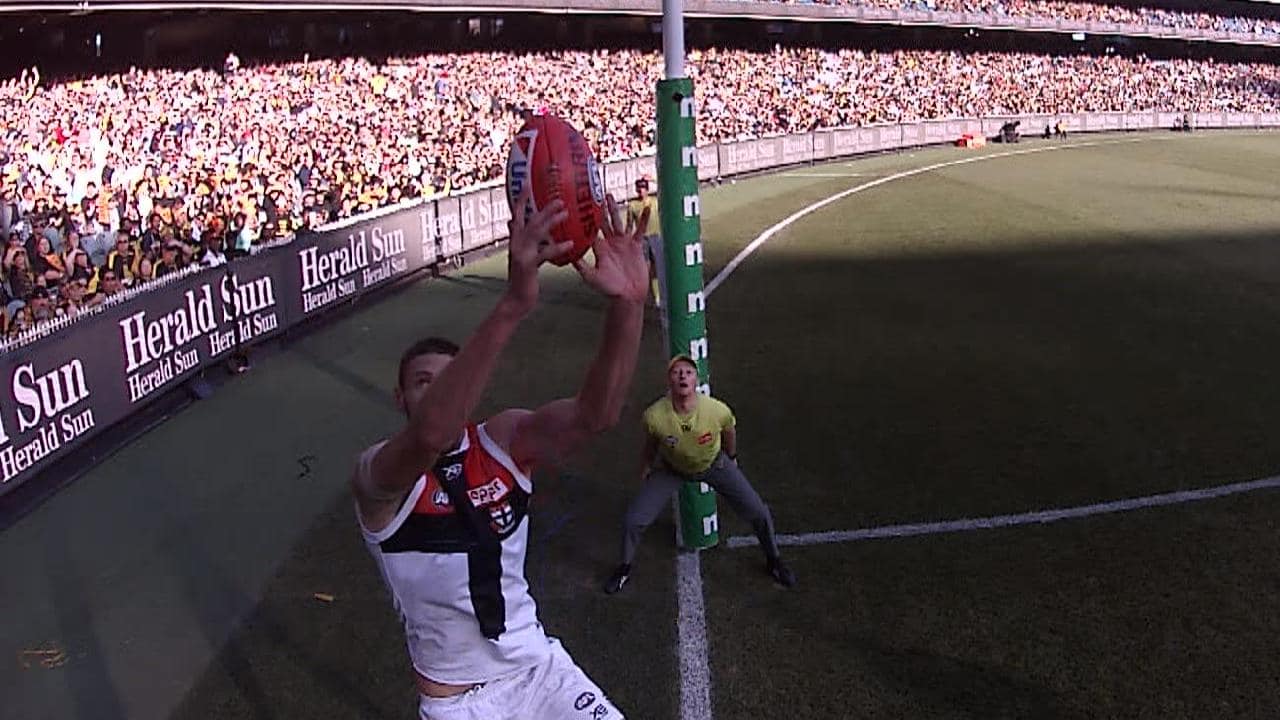 Weren’t we all told that embracing video referrals would eliminate the type of “howler” that could possibly cost a team a premiership?

Well the only “howler” that has blatantly cost a team a premiership in recent history was in this year’s A-League Grand Final.

That was when the video referral system FROZE AND FAILED TO OPERATE – just when it should have been available to overrule a Melbourne Victory goal that was clearly offside.

So okay it would still have been a given a goal anyway – as the linesman failed to spot it – without the technology.

But I will wager London to a Brick that Newcastle Jets fans could live with that much better than living with the fact that the very system designed to prevent such mistakes actually contributed to it.

Cricket’s problems with the DRS are well known and after all these years there is still no way of telling if a catch low down has been taken or not.

And after the Jack Higgins debacle on the weekend for Richmond, it seems the AFL has no way of accurately telling if a shot at goal has been touched or not.

The original decision of a goal was wrongly overturned (it was such a shocker even the AFL which NEVER admits mistakes conceded on this one) on one angle while another angle – which would have proved it was a goal – was not used.

As a furious Richmond coach Damien Hardwick complained afterwards, the decision was a momentum changer as the Tigers – wrongly denied a 19-point lead – then conceded the next four goals to fall behind.

But what is even worse than all of this is the impact the use of video technology has on the fan at the ground.

Its use takes away all the spontaneity of celebrating a goal in footy or soccer or seeing your team claim a wicket in cricket because immediately you fear the decision could be overturned on appeal.

The wait seems an eternity and immediately fans at the ground begin to start thinking, “Why am I here?” when the game seems to be decided by officials sitting in the grandstand rather than those in the thick of the action.

I know for one as a Richmond, Tottenham Hotspur and Melbourne Victory supporter that I would rather see my team lose a grand final based on human error than suffer what the Newcastle Jets fans went through this year or the Tigers nearly suffered on the weekend.

And anyone that thinks otherwise probably still thinks Barnaby Joyce is a man of the people or that the magic bullet really did create all those gunshot wounds back in Dallas in 1963.

PAUL GOUGH covered the AFL from 1990 to 2010 for the Herald Sun, Australian Associated Press, the AFL website and Sportal.

PAUL GOUGH covered the AFL from 1990 to 2010 for the Herald Sun, Australian Associated Press, the AFL website and Sportal. END_OF_DOCUMENT_TOKEN_TO_BE_REPLACED

ShareTweetShare on Google+Pin on PinterestSend with WhatsApp
159 recommended

PAUL GOUGH covered the AFL from 1990 to 2010 for the Herald Sun, Australian Associated Press, the AFL website and Sportal. END_OF_DOCUMENT_TOKEN_TO_BE_REPLACED

THE doyenne of tennis in Queensland, Daphne Fancutt, is one tough customer. Raised on a remote cattle station, she worked with the men and, when she began playing tennis, she played in the men’s competitions. A feisty competitor on court, she’s been a fighte... END_OF_DOCUMENT_TOKEN_TO_BE_REPLACED