Warner gets his right whack at last

HE’S AUSTRALIA’S second best cricketer but does he have a future anywhere down the track? Ask someone who cares, writes RON REED:

DAVID WARNER is an extremely good cricketer who is more entertaining to watch in action than any other player in the Australian team – or most teams, for that matter. He is consistently a match-winner. So it takes a special kind of perverse anti-talent to acquire – and maintain for a long period – the status of the most unpopular and least respected cricketer in the land. Perhaps in any sport. Perhaps ever, but certainly in the 21st century. And if that is deemed to be an exaggeration, other nominations are hereby invited.

Not so long ago, tennis ex-brat Nick Kyrgios would probably have laid claim to this unwanted title, possibly with his racquet-wielding colleague Bernard Tomic in hot pursuit. But Kyrgios – to his great credit — has proved to be a work in process and has made up a lot of ground, while Tomic has come to be regarded as a relatively harmless dickhead who inflicts more damage on himself than he does on the game he plays or the national sporting psyche. There are no cricketers in recent memory to challenge Warner in this race to the bottom of the likeability list, although if the bookies were offering a shade of odds on a quinella bracketing him and the serially surly Andrew Symonds you’d be tempted to have something on it, if only in memory of the unforgettable occasion when Symonds turned up pissed on the morning of an international match in England.

Now, having been officially fingered as the mastermind – sorry, that’s hardly the appropriate word – of the great cheating scandal, Warner no longer has simply a disastrous image problem. He has descended into deep disgrace and there is no detectable whiff of sympathy, which is not the slightest bit surprising. Steve Smith and Cameron Bancroft have also been hit with hefty penalties for their part in a scandal that seems to have generated as much public offence, perhaps more because it is so much more clear-cut, as footy’s infamous Essendon drugs affair. But Bancroft is being cut some slack because he is regarded as an underling acting on orders from above (Warner’s orders, mainly) who might not have fully understood the implications as much as he should have as a 25-year-old adult. For all the vitriol rightly directed at Smith, there is a growing willingness to accept that he has made a miserable, egregious error of judgement that does not reflect his true character.

Nobody seems to be giving Warner the benefit of any such doubt, not least Cricket Australia – and not even his team-mates, who are reported to have cut him adrift and made it known they do not want to play with him again. There is no known precedent for that. They are said to be furious that he attempted to spread the blame further than it belonged, and if it is true that he was sprung drinking champagne in the team hotel bar with non-cricket mates at the height of the storm – as if he had something to celebrate – then their anger is even more easily understood. It is hard to imagine a worse, more arrogant “look.” So, few were surprised to see him sitting apart from everybody else on the ensuing flight from Cape Town to Johannesburg.

Like Smith, he has been stripped of his leadership role, the vice-captaincy, and banned from playing any cricket other than at club level for a year. But while the door has been left ajar for Smith to resume the captaincy no less than two years down the track – a highly unlikely contingency, but available nonetheless – Warner will not be considered for any such high office ever again. Nobody doubts that he has long coveted the Test captaincy – the most prestigious sporting appointment in the land – and given he was put in charge of the lesser T20 team only a month ago, this self-inflicted blow to his ambitions is not insignificant. Nor will it be anything but entirely welcome to the vast majority of people who watch cricket and have cringed at much of his behaviour, especially his well-earned reputation as the ugliest sledger in the side.

It is, of course, just one part of the massive price he will pay. He earns multi-millions every year but already he has been forced to abandon his rich contract to play in the obscenely lucrative Indian premier League and his major personal sponsor, the electronics company LG, has dumped him, while his Cricket Australia contract will obviously be voided. His pot of gold consists of other sponsorships that he will now be lucky to retain. He is already immensely wealthy by the standards of the man in the grandstand and at 31, could expect to make many more millions yet if his career was to continue unimpeded, but the personal fallout doesn’t stop there.

The reputational damage will also be immense, which is also significant because in the years since he was first – temporarily – thrown out of the Australian team for whacking England player Joe Root in a drunken episode late at night in a bar in Birmingham in 2013, he has attempted to conduct a charm offensive aimed squarely at fixing his deep-seated image problem. He tweets on an almost daily basis about what a committed family man he is, which is admirable enough, of course. And there is no reason to dispute that he is exactly that, which is why he got involved in the infamous stairwell stoush with South Africa’s Quinton de Kok during the second Test in Port Elizabeth. It’s just that it’s so out of context, and presented so relentlessly, that you can’t help suspecting there’s more to it than meets the eye.

According to the vastly experienced and impeccably connected cricket writer Robert Craddock, even the insiders at Cricket Australia headquarters in Melbourne dislike dealing with him and are sick of “the bullshit and bluff” surrounding his image. If that’s true, they won’t have to deal with it any more for at least a year, perhaps never again, and if he does somehow manage to make a comeback it will, surely, be with a lot more respect for the game and all who populate it and watch it than has been the case so far. That will be more important by far than how many more centuries he might make or how quickly he makes them. The care-factor about that will be negligible.

RON REED has spent more than 50 years as a sportswriter or sports editor, mainly at The Herald and Herald Sun. He has covered just about every sport a... END_OF_DOCUMENT_TOKEN_TO_BE_REPLACED

RON REED has spent more than 50 years as a sportswriter or sports editor, mainly at The Herald and Herald Sun. He has covered just about every sport a... END_OF_DOCUMENT_TOKEN_TO_BE_REPLACED 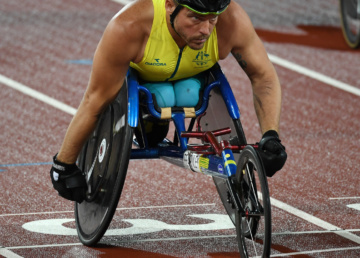 THE WEEK THAT WAS: THERE WAS a lot to like about the Commonwealth Games, but at least one prominent Australian sport has a few questions to answer, says Chief Writer RON REED. END_OF_DOCUMENT_TOKEN_TO_BE_REPLACED

PLENTY OF sports have re-invented themselves to rekindle flagging interest, Is it time for golf to follow suit? Guest hound Mark Hayes thinks it is. END_OF_DOCUMENT_TOKEN_TO_BE_REPLACED