Is Sheedy about to become a Legend?

PLAYER, coach, promoter, has there ever been a hotter football hot gospeller than Kevin Sheedy? Now, it seems, he is likely to become a Legend of the game. GEOFF POULTER REPORTS:

THERE SEEMS to be a big push for Kevin Sheedy to be inducted as the next Australian Football Legend this year. Sheedy has solid claims but so too do at least seven other candidates.

The wild cards, of course, are Gary Ablett senior and Wayne Carey. Nobody, on the outside, seems to know where the selectors are going with these two of the greatest players ever. They had to wait to be included in the Hall of Fame – perhaps the same rationale will apply to their elevation to Legend.

Malcolm Blight became the 27th Legend last year. There have been 275 Hall of Fame inductees – and five more this year would open the way for a 28th Legend on the 10 per cent ratio stipulation.

Sheedy’s all-round contribution – coach/player/promoter – is impressive. He is up there with Ron Barassi and Lou Richards as a great gospeller of the code. Lou, it seems, was overlooked because of not reaching a certain playing level. Was he inferior to Roy Cazaly? Or Sheeds, for that matter?

There are two coaches among the 27 – Norm Smith and Jock McHale. So perhaps they intend to include Sheedy under the coaching umbrella whereby his playing standard becomes immaterial. But total contribution is not a consideration.

I believe there are at least two other candidates with more pressing credentials – Bruce Doull and Allen Aylett. There are only two defenders among the 27 Legends – Ted Whitten and Kevin Murray. Doull and Peter Knights are the two best defenders I’ve seen in the past 50 years. Doull was a marvellous player and would help to address this imbalance. The Legend positional breakdown is: 11 forwards, two defenders, seven rovers, four rucks, one centre and two coaches.

Another with strong Legend claims is Allen Aylett, a far better player than Sheedy, Richards or Cazaly. He won the medal for the best player at the 1958 Australian Football centenary national carnival in Melbourne and, before that year’s first semi-final, Fitzroy coach Len Smith declared Aylett the best player in the VFL at that time.

Bit, it seems his administrative achievements including expanding the game nationally, particularly to Sydney, can’t be a factor. As with Sheedy’s ambassadorial record, the selection panel it seems can’t consider this relevant under the strict criteria.

This was some achievement when you consider that he played on inferior surfaces. When he retired at the end of 1921 he had kicked more than twice as many goals as any other player in the first 25 seasons of League football.

The famous Collingwood club has only two Legends among the 27 — and, effectively, only one of the 25 in the player category. Old-timers consider Rose and Albert “Leeta” Collier as the greatest Magpie players. And, more than 60 years after his final League game, Rose would still be near the top.

I have chosen a team of champion players yet to be elevated to Legend status:

FOOTNOTE: If I were the sole selector I’d go for Laurie Nash. He was a bottler. Read the book about him. VFL AND the VFA. Many astute judges, including the likes of Jack Dyer, Bill Jacobs and Bob Davis, regarded him as the player of his vintage. But I still have an old journo’s sniff about this year’s elevation. I’m tipping it will be Sheedy. 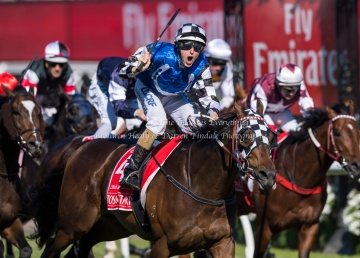 AUSTRALIAN cycling has known for a while that Caleb Ewan had a lot of potential and now, at his first crack at the Tour de France, he has proven to be an emerging star on the biggest stage in the sport, writes IAN COHEN END_OF_DOCUMENT_TOKEN_TO_BE_REPLACED