Friendship gets tested in cycling thriller

AFTER 185 kilometres of furious racing there was just one second to spare for the winner of the Australian Road Cycling Championship Alex Edmondson. JOHN TREVORROW reports:

ALEX EDMONDSON didn’t need to phone a friend to announce he was the new national road cycling champion – one of his best mates, Chris Harper, knew all about it. The pair, who live within 500m of each other in Adelaide and have long been regular training partners, went head to head – with some world-class riders struggling to catch them – over the last 30km or so of the 185.5km main event at the national titles at Buninyong, near Ballarat, on Sunday, with Edmondson hanging on for one of the biggest moments of a career that has also yielded multiple world titles and an Olympic silver medal on the track.

It was one of the most popular results in the recent history of the event because there is much more to Edmondson, who turned 24 last month, than simply a high-achieving young athlete. Born in a Chinese coffee shop in Borneo, he believes strongly in the importance of being a champion on and off the field of play, and has become increasingly involved in community events. His Wikipedia profile says he volunteers his time at local high schools mentoring and speaking with students, encouraging them to get the best out of themselves. He talks about goal-setting, how pain is a short-term hindrance and how important challenging yourself is. He has been guest speaker at a number of events, promoting multi-culturalism and strength in diversity in South Australia.

“I know I have achieved a fair bit at a young age, but I want to be remembered as a true sportsman, someone who always gave their all and never forget those who have helped me achieve my results,” he has said. “I also want to be remembered for making time for younger athletes and being supportive of them. I know from personal experience how much impact having a mentor can have on a young athlete starting out.”

Edmondson, whose sister Annette is also a well-performed pro cyclist, specialised in the pursuit – team and individual – with great success before moving to the road with Australia’s only World Tour team, Mitchelton-Scott (as it was recently re-named), which gave him a taste of the Grand Tours at the Giro d’Italia last year. He will work as a domestique this season, for – among others – brilliant young sprinter Caleb Ewan, who finished just behind him on Sunday after looking to be the team’s main chance of winning the title for the first time since 2014. Edmondson asked on-the-road captain Mat Hayman halfway through the race if he could ride his own race given how strong he was feeling, and was told to go for it. He and Harper (Bennelong Swiss Wellness) pushed each other along, testing each other out, as the peloton left it late to run them down, just failing to do so with the experienced Jay McCarthy splitting them on the line for second place.

“We ride together every day during summer and are great friends,” Edmondson said. Laughing and holding back tears at the same time, he added: “I don’t know what’s going to happen to the friendship now. There were a few swear words. It’s hard when you’ve got your best mate beside you. He’s going to go a long way.” It was, he said, a dream come true. “It was a magical day, one that I am not going to forget for a hell of a long time.”

After riding clear from the leading group, Edmondson and Harper put mateship aside, at times attacking each other in an effort to secure a winning break.  When it became clear that one was never going to let the other escape, they decided to work together and try to hold off the charging peloton.

That was never going to be easy as the group behind included some world class athletes in Richie Porte, Simon Gerrans, Rohan Dennis and defending champ Miles Scotson (BMC), Nathan Haas (Katusha), and Jay McCarthy (Bora).  The saving grace for the escapees was the fact that they both had team-mates in the Peloton. Harper’s Bennelong Swiss Wellness had two riders in the pack and Edmondson’s Mitchelton Scott had five.  Apart from having numerical strength, the Mitchelton team were confident that if the two breakaways made it to the line Edmondson would be faster in the final sprint.

In the end it was a ripper finale with the leading duo looking certain to be caught, especially when Haas and then Porte attacked in the final five kilometres.  The two training buddies dangled out in front almost like the lure with a pack of greyhounds bearing down. But, riders in the Peloton became hesitant at the critical time in the chase, fearing they would simply be towing the ace Michelton sprinter Caleb Ewan to an inevitable victory.

Edmondson had just enough margin to celebrate with his arms aloft, but Harper was nutted on the line by McCarthy and held on to take the bronze.

This year’s event was sponsored by Fed University and so a slight change was made to take the race through the uni grounds. This made the route even more challenging as riders had to negotiate their way through a myriad of twists and turns. It only added 1.8 km to the circuit length but that meant two fewer climbs up the challenging Mt Buninyong. I reckon overall it improved the race.

The 185 kilometres around this testing circuit is always going to produce a deserving champion. There are never any lucky winners here. But there are often unlucky losers.

The Fed Uni National Road Cycling Championships were a huge success with record crowds and exciting racing throughout the week. It kicked off last Wednesday with the National Criterium title in the centre of Ballarat where Caleb Ewan produced a super sprint to take the elite men’s title from Steele Von Hoff and Brenton Jones. Rebecca Wiasak surprised the favourites to take out the women’s criterium from Sarah Roy and Kimberley Wells.

Thursday and Friday saw the nation’s best racing against the clock with the individual Time Trials. Rohan Dennis showed he is the finest time triallist in this country with a commanding win more than a minute clear of Luke Durbridge and another 30 seconds to teammate Richie Porte. Katrin Garfoot dominated the women’s TT winning from Lucy Kennedy and Shara Gillow.

The weekend delivered the main course, the road races, and the extreme conditions on Saturday meant the Gran Fondo recreation ride had to be cancelled and the U19 men and women and U23 men’s events all had to be shortened. But in near 40C heat the riders were certainly tested to their limits

Sunday’s temperatures were much more conducive to road racing. The Elite women’s race was a nail-biter and the defending champion Katrin Garfoot looked to have the race sown up with her attack in the final two kilometres. She was still nearly 50 metres in front with only 200 metres to go but she was fading and the chasers were flying. Local girl Shannon Malseed flashed home to grab the glory from Lauren Kitchen and Grace Brown.

Of course, the main event that most fans had come to see was the elite men’s road race and a crowd of around 20,000 witnessed a truly great bike race.

JOHN TREVORROW is a multiple Australian champion road racer and Olympian who has been doing media commentary at the Tour de France for more than 20 ye... END_OF_DOCUMENT_TOKEN_TO_BE_REPLACED

ShareTweetShare on Google+Pin on PinterestSend with WhatsApp
6 recommended

JOHN TREVORROW is a multiple Australian champion road racer and Olympian who has been doing media commentary at the Tour de France for more than 20 ye... END_OF_DOCUMENT_TOKEN_TO_BE_REPLACED 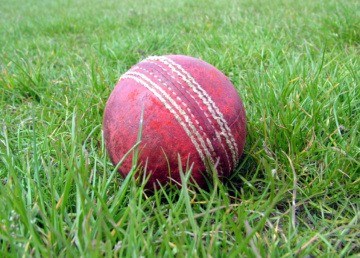 REVERSE SWING … what is it and why does it involve cheating? Former Australian fast bowler IAN CALLEN remembers when it first became “a thing” when he was playing – and why he drew a line in the sand. END_OF_DOCUMENT_TOKEN_TO_BE_REPLACED