How a Demon fan ALMOST lost his loathing for the Magpies

IT IS a terrible confession to make, but lifelong Redlegger LAWRENCE MONEY somehow found himself feeling sorry for one mighty Magpie:

CURSE YOU, Travis Cloke, curse you! But not in the way a lifelong Demon man might be expected to loathe a former Collingwood star. No, my giant grudge against Big Trav – as he bows out of AFL footy – has a peculiar twist and no one is more surprised about it than I am.

Allow me to go back in time to explain – go back half a century to a golden childhood when, each September, I would sit on the top deck of the old (then-new) Olympic stand at the G with cousins David and Peter Ashton to watch Norm Smith’s indomitable Demons crush all-comers, year after year.

We can’t remember whether we were there to see the 1955 grand final win (the dear people who transported us there are all gone now) but we three can certainly recall being witness to the amazing run of flags in 1956, 1957, 1959, 1960 and 1964. It was that missing 1958 flag, breaking an incredible run which would have given us six in a row, that sowed the seeds of our hatred towards the Pies.

The Dees should have won that 1958 flag – they had caned the Pies in the semi-final two weeks earlier 11.12 to 4.9 – but Weideman’s boys famously went the knuckle in the big one, distracted the Redlegs from their God-given mission, and snatched an unexpected victory (thereby preserving the Pies proud four-in-a-row premiership record).

Over the ensuing years, the cuzzies and I relished every Collingwood misfortune, every flop, every heartbreak, particularly the blessed era when the Colliwobbles conspired to cast the black-and-whites into perpetual and near-mystical failure.

What bliss it was to attend the double-whammy grand final in 1977 when the Pies drew with the Roos – then lost the replay a week later. Another possible flag snatched from their beaks. Oh, the exquisite (if shamefully malicious) pleasure it yielded.

Since 1964, of course, there has been an extraordinary premiership drought at Demonland, a drought that continues to this day, a drought during which even the Colliwobbles ran out of steam and the bloody Woodsmen won a flag in 1990 under Leigh Matthews.  They did it again under Malthouse with a draw and replay in 2010 but in the seven years since then, the Pies have racked up so many heart-warming failures it has almost been Colliwobbles 2.

As the Demons’ flagless woes stretched out 30, 40, now 50-plus years, at least we Dees had Collingwood flops to savour as compensation.

Travis Cloke came on the scene for the Pies in 2005, debuting in the Anzac Day fixture against the Dons. Within two years he had won the club’s Copeland medal for B&F and as time wore on, he grew into a physical colossus, a man mountain who stood in the forward line with arms like oak trunks, immovable, unbumpable. In 2011 he set an all-time record for contested marks, making a mockery of defenders’ attempts to spoil. Then he would unleash those phenomenal punts for goal from outside the 50-metre line, passing through post-high — but not necessarily between the posts that matter.

Thanks to the magic of digital technology, and cable-TV coverage, every facial twitch, every bead of perspiration on our sporting heroes, is visible now and — as Big Trav’s star began to fade in recent years — I was finding it increasingly painful to watch. Big Trav would pull down a mark with those giant gloved hands, go back, line up the sticks and boot the pill 90 metres (or thereabouts), but 30 metres wide of the behind post. The camera would zoom in on his face and the agony was etched there for all to see. Shades of dear old Richo at the Tigers, or further back, Carlton’s Percy Jones and his marvellous on-field angst.

Inexplicably, in non-Demon matches, I began finding myself rooting for Big Trav. Please, Lord, let the poor bastard kick a goal. But, dammit, after soaring 120 metres (or thereabouts) the Sherrin would end up amid the jeering hordes high above the forward pocket. His plight reminded me of a childhood book of long ago, an illustration of Gulliver tied down on a beach by an army of tiny Lilliputians, his massive frame useless, his power thwarted.

It felt like betrayal to my Demon genes to feel sympathy for Big Trav, but I did, and then – to my horror — I found myself admiring Pie captain Scotty Pendlebury.  The grace, the skill, and – again, via the probing eye of cable TV – the good sportsmanship he always seemed to display on field.

One terrible day I came to the realisation that my vitriolic hatred of the Pies, which had sustained me through more than half a century of flagless Melbourne sorrow, had modified to a weird sort of mild grudge. Good lord, I even found it difficult to lampoon Joffa in the Pies cheer squad.

Mind you, the cousins have not been impressed by this turn of events and I am none too happy either, suffering the loss of one of the mainstay emotives of my footy life. Dammit, that’s why I’m a bit pissed-off with Big Trav Cloke. When he went off for a failed rebirth with the Dogs, this Demon fan was left with a damaged pitchfork. I can still prod the accursed Pies but with nowhere near the relish of old. What the hell did the big fella do to me? Curse you, Big Trav, curse you!

Lawrence Money has twice been named Victoria's best newspaper columnist by the Melbourne Press Club. He wrote columns for 37 years on the Melbourne He... END_OF_DOCUMENT_TOKEN_TO_BE_REPLACED

Lawrence Money has twice been named Victoria's best newspaper columnist by the Melbourne Press Club. He wrote columns for 37 years on the Melbourne He... END_OF_DOCUMENT_TOKEN_TO_BE_REPLACED 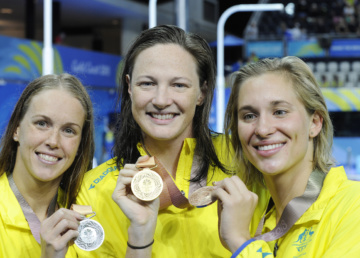 WHEN GOLDEN GIRL hurdler Sally Pearson pulled out with an injury, the Commonwealth Games heavyweights were left wondering where they would find their replacement queen – now they know, says chief writer RON REED. END_OF_DOCUMENT_TOKEN_TO_BE_REPLACED 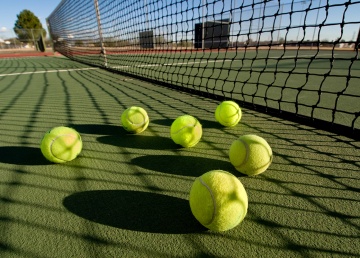 THE doyenne of tennis in Queensland, Daphne Fancutt, is one tough customer. Raised on a remote cattle station, she worked with the men and, when she began playing tennis, she played in the men’s competitions. A feisty competitor on court, she’s been a fighte... END_OF_DOCUMENT_TOKEN_TO_BE_REPLACED