Dusty Martin deals up a delightful treat for the Tigers

COULD things get much better for the Tiger Army? A top four finish, Dusty Martin re-signs for life and lines up as red hot favourite for the Brownlow. After all those years of disappointment and frustration, Tiger tragic CHERYL CRITCHLEY is loving it:

“RICHMOND’S home to me.”

'Richmond's home to me.'
🐯🐯🐯 pic.twitter.com/FyMhHrO4nR

Could there be four sweeter words said to Tiger fans?

Dustin Martin’s heartfelt explanation on The Footy Show about why he was staying were no surprise to Richmond people who’ve followed his journey at Tigerland.

If you’d listened to the media circus that pitched its tent online over the past month, you’d have thought Dusty was going to take the money and run.

Of course, we were nervous when North Melbourne made a ridiculous $1.5 million offer, and he had to consider it. But when he told The Footy Show that talking to North was like cheating on your girlfriend, we knew there was no doubt about where his heart lay.

Dusty on meeting Norf:
"Kind of felt like I was cheating on a girlfriend, it was weird.“
Gotta love him.#GoTigeshttps://t.co/tg4yMIloeo

It left Richmond fans all over the country punching the air, knowing this would give their club huge impetus going into the Qualifying Final against Geelong.

Come next Friday night, the Tiger Army will lift the lid off the MCG, which, weather permitting, will be filled with 97,000 screaming fans. With fewer corporates, the atmosphere will be better than a Grand Final.

And Dusty will be in the thick of it, hopefully inspiring himself and his teammates to beat the Cats for the first time since 2006. The atmosphere will be electric.

Dusty’s decision to stay is not only great for Richmond fans, it’s refreshing in this materialistic age of taking the money and running. We really do love this young bloke, who has been a part of the Tiger family since he was drafted in 2009.

It wasn’t always smooth sailing. The club had to discipline Dusty early on for off-field indiscretions, but he matured when he realised the level of professionalism required to make it at the top.

The way club officials and captain Trent Cotchin nurtured him was brilliant. Few people realise how much effort went into helping Dusty mature as a person.

It took a few years, but he has also reached peak fitness. I’ve always said that if Dusty was 100 per cent fit, and Richmond won enough games, he’d win a Brownlow. He’s now raging red-hot favourite.

He also deserves the praise being heaped on him now.

Over the years, Dustin Martin has been unfairly portrayed by some in the media as an unsavoury character, largely based on his tattoos and his father, Shane, and his possible links to bikie groups.

But he’s quite shy off the field and far from violent on it. He is not a rough player and has never been suspended for striking. One of his favourite activities is playing with Trent Cotchin’s kids.

Yet so many people talk about Dusty as if he’s an illiterate bogan (not that there’s anything wrong with that of course).  He’s simply an unassuming guy who wants his footy to do the talking.

On Sunday at the Round 23 game against St Kilda, I did my part in trying to convince Dusty to stay. After buying two badges of him, I tweeted:

Hey Dusty. Just bought these for my daughters. Please stay so they can wear them next year. You belong at Tigerland. #AFLTigersSaints

Hey Dusty. Just bought these for my daughters.
Please stay so they can wear them next year.
You belong at Tigerland.#AFLTigersSaints
🐯🐯🐯 pic.twitter.com/0OOzNxYgnq

Then when he kicked an amazing reverse banana goal in the last quarter, I added:

Duuuuusty! You belong at Richmond. Imagine wasting that in front of a crowd of 15,000… #AFLTigersSaints

Duuuuusty!
You belong at Richmond.
Imagine wasting that in front of a crowd of 15,000…#AFLTigersSaints

I like to think this helped get him over the line (😊), but I’m confident he never seriously wanted to leave.

All of this is a massive endorsement of a club that has been starved of success for so long, and could be what we need to give the finals a real shake.

We Tiger fans are not used to being excited in September, but we are now. Win, lose or draw, the Tiger Army is on the march with Dustin Martin taking centre stage.

Cheryl Critchley is a freelance journalist, AFL Fans Association vice-president and Richmond member who attends games with her husband and three kids ... END_OF_DOCUMENT_TOKEN_TO_BE_REPLACED

Cheryl Critchley is a freelance journalist, AFL Fans Association vice-president and Richmond member who attends games with her husband and three kids ... END_OF_DOCUMENT_TOKEN_TO_BE_REPLACED

Bettser than all the rest

No chocolates but Blues’ glass half full

Why the Richmond roar keeps getting louder

SUPER RUGBY is sinking fast and is sorely in need of a shakeup. PETER MEARES believes he can provide a radical solution to restore interest in the game. END_OF_DOCUMENT_TOKEN_TO_BE_REPLACED 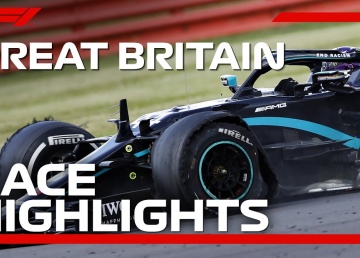