LAST WEEK it was it was steaming hot mulligatawny soup from Southern India, this week BOB HART switches his taste buds to calamari cooked the Vietnamese way:

IT HAPPENS to me a lot: someone like Steve Cooper, an old fishing mate and my favourite fishing writer, scribbles about calamari and, before you know it, I’m bloody starving. And why not?

Now I’ve caught calamari with Steve, although usually not as many as he catches. But, on the plus side, he is often squirted in the eye by the ill-mannered creatures, and I’m not. 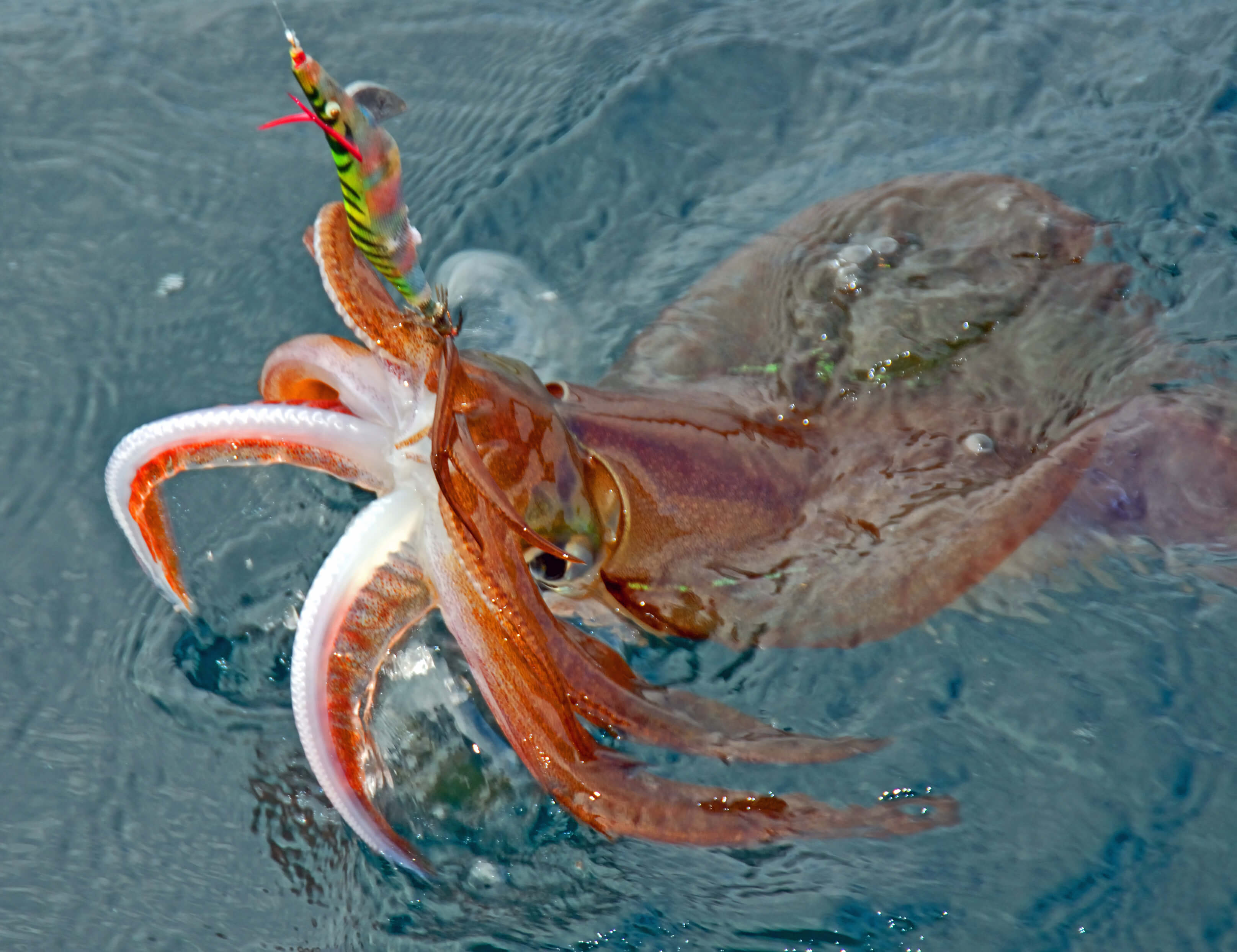 Always remember, however, that there are a couple of questions we need to ask when we find ourselves in the fortunate position of being able make a meal of dangerously fresh calamari, and they are these:

Frankly, if the squid is fresh enough, there is no wrong answer. Calamari, big or small, are delicious when they are fresh. But my preference, inevitably, is always going to be the version cooked out of doors and over live fire.

That extreme freshness, however, is essential: Vietnamese fishermen often carry a charcoal brazier on their boats to cook this dish minutes after the angry, squirty cephalopod has been hauled aboard.

But live fire on a boat, even for me, is a step to far. I am entranced, however, by this traditional cooking method, and by my chance discovery that the skin of a calamari, which most of us go to so much trouble to remove, is not unlike thin pork crackling after the squid has been quickly seared over hot charcoal.

Try it for yourself:

Remove the squid from the grill, cut it into strips and serve these with a squeeze of lime. And that’s it. Except, maybe, for a cold beer or three – perhaps a Vietnamese beer, out of gratitude for their coming up with this recipe.

BOB HART worked in Fleet Street in the 1960s as a showbiz writer and columnist. After a spell in marketing he returned to Australia and turned his attention to another great love: food. He has written a number of books on the subject and the latest, Bob Hart’s Barbecue Unplugged, will be in shops in late September.

BOB HART worked in Fleet Street in the 1960s as a showbiz writer and columnist. After a spell in marketing he returned to Australia and turned his att... END_OF_DOCUMENT_TOKEN_TO_BE_REPLACED

ShareTweetShare on Google+Pin on PinterestSend with WhatsApp
177 recommended

BOB HART worked in Fleet Street in the 1960s as a showbiz writer and columnist. After a spell in marketing he returned to Australia and turned his att... END_OF_DOCUMENT_TOKEN_TO_BE_REPLACED

Keep your eyes on the squid

THE Big Bash is losing followers at a rapid rate that must be worrying our cricket chiefs. GRAHAM BICKNELL explains why he is disenchanted. END_OF_DOCUMENT_TOKEN_TO_BE_REPLACED

AUSTRALIAN women are performing at the highest levels across a wide range of sports but many of them are doing so without any real recognition, says LOUISE EVANS. END_OF_DOCUMENT_TOKEN_TO_BE_REPLACED

Steer away from steeds and stick to the soup

Stick by the rules or go hungry